On Saturday 24 November, 2007 Lil Rick hosted his annual birthday party at Tim’s on the Highway. Patrons were entertained by several popular DJs and the host himself; 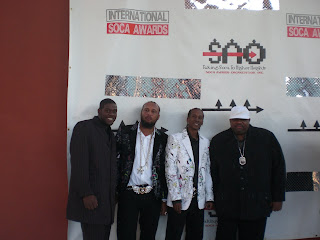 Lil Rick was also on the turn tables.

Throughout the night patrons won mobile phones compliments of Cable and Wireless and tickets to the Jah Cure show this weekend.

Lil Rick?s fans were also treated to the preview of his recent ?Girls Gone Wild? and ?Caan Wait? music videos.

However, the highlight of the event was the drawing for the 2008 Chevrolet Spark. The fans waited patiently for their ticket number to be announced for the grand prize.

After much anticipation the lucky number was announced ? ticket number 0000745. Persons kept looking around for the lucky prizewinner to go on stage to collect their red Chevrolet Spark.

The lucky ticket drawn was purchased from Tim?s on the Highway. The holder of this ticket is asked to contact Pyramid Entertainment at 420-8039 to arrange for the collection of their grand Chevrolet Spark!