The Jamaica Star labelled “Portmore DON“, Mikey Pelpa, has turned his talents to creating positive music. Many music fans will remember the acrimonious circumstances in which Mikey Pelpa came to public light. The Jamaica press recently showed how Mikey Pelpa and DJ Vibez Kartel made peace after being involved in a bitter feud.

Mikey Pelpa, who has always been interested in the music industry, has teamed up with Danger Zone records to showcase a more positive image.

This showcase begun at Cure Fest in October where Mikey Pelpa graced the stage with some lyrical samples from his catalogue to the satisfaction of the crowded stadium.

“Danger Zone Records’ motto is unification through music. We are trying to set an example by producing music that will both unify and edify the people.” Delmar ‘Della’ Drummond, CEO of Danger Zone Records explains. “Danger Zone is dedicated to developing young talent.”

Mikey Pelpa has released several quality tracks of positive vibrations, which have been receiving credible airplay. His recent collaboration with Limey Murray, Emergency on the Jam Down rhythm has shown that he has the quality and the depth to survive in the music business. Jigsy King and Della produced Emergency for the Danger Zone label. The track is now available in record stores and on the Internet. The video for Emergency is number 3 on the Tempo Cross Caribbean Countdown.

Mikey Pelpa has also released Parental Guide on the Cloud Nine rhythm. Parental Guide is being spun by disc jocks both in Jamaica and abroad and gave Mikey Pelpa the opportunity to appear on Richie B’s, The Hot Mix on Hot 102 FM. 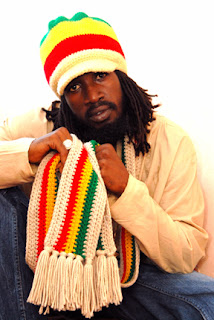 Parental Guide is Pelpa’s way of positively influencing young fans to never forget the good teachings they receive from their parents.

“Di yute dem haffi show respect and remember seh dem parents a di real guide. [YOUTHS HAVE TO SHOW RESPECT FOR THEIR PARENTS AS THEY ARE THEIR REAL GUIDES THRU LIFE]” ? Mikey Pelpa, who’s on Payback, one of the hit rhythms to come out of Danger Zone records. Pelpa’s song Say What U Want was released last week.

Mikey Pelpa is currently in studio working on more positive tracks, these include: Mamma Don’t Worry At All, What Kinda Livity is This and A Nuh Money Mek I Know You.

Mikey Pelpa believes that his music will positively influence everyone who hears it. He wants to cause change and bring about worldwide “Unification Through Music“.