I love Gmail’s chat, their alerts are a very discreet BLOOP to let you know a body is trying to reach you.

So when I saw some of the Earthrace‘s crew were online I decided to hail them and get an update! 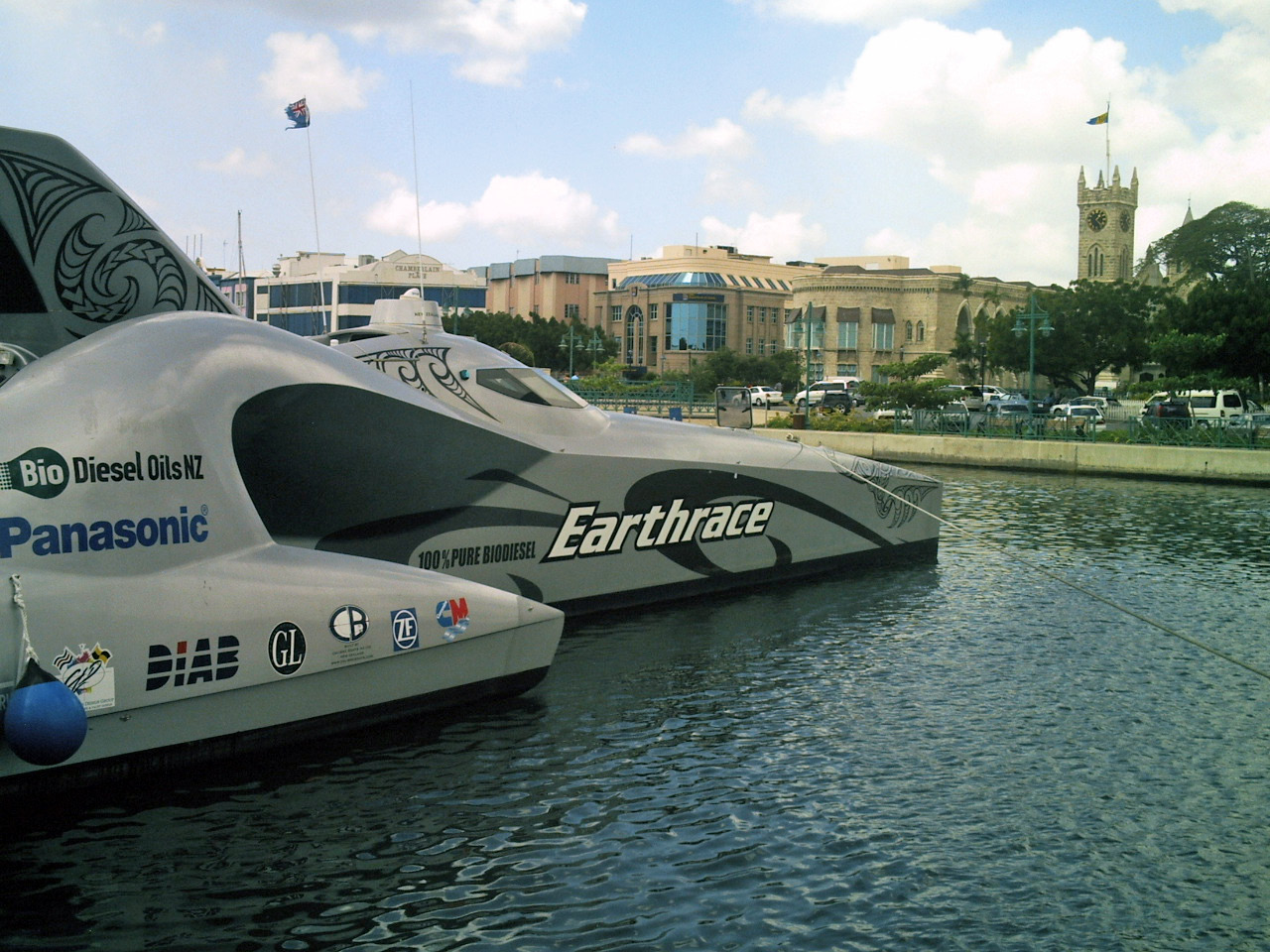 For those unfamiliar with Earthrace – they tried to circumnavigate the planet with Barbados as the starting point earlier in March, but an illegal fishing crew in Guatemala, nets near Hawa’ii and other challenges like a cracked propellor forced them to redirect their energies into a European tour to drum up support for next year’s run.

So I asked the crew what is the score for 2008? They advised me to e-mail the skipper Pete Bethune, which I did, and he replied late yesterday evening – unfortunately, it seems Barbados won’t see the trimaran until November next year.

The skipper says they are going to use Puerto Rico as a launchpad instead as they have better facilities and larger quantities of biofuel for powering the vessel in its first leg.

So if you were hoping for a return of the Earthrace, it will happen about March 1 – but over in San Juan, for those in Barbados wanting a peek at the sleek futuristic trimaran, you got another 12 months or so!