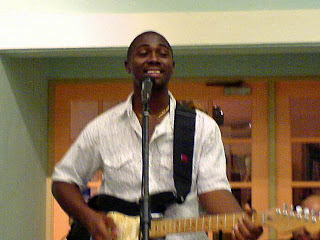 For those of you looking for some sweet homily and candied bagatelles over virtues not present, please do not bother to continue reading… For those who believe they can handle the truth, then brace yourselves!

First off, when I made an initial attempt to listen to the disc, a colleague asked who is the female singer? I snapped at them to stop being sarcastic, and when they realised it was a man singing and after looking at the cd-case, they were even more stunned to see it was a Bajan!

Now, do not get me wrong, I have heard Shane Forrester play live and solo, just last year and he did a wicked improv with “Summertime” and he has a low-register voice, and people so gifted usually tend to lean towards falsetto deliveries – there are other cases in point such as the late Maurice Gibb, along with his siblings Robin & Barry of the Bee Gees; there’s also Maurice White and Phil Bailey from the original Earth, Wind & Fire among others.

Anyhow, if you go to Shane Forrester‘s publicity site Pyramid Entertainment – this what they have to say… 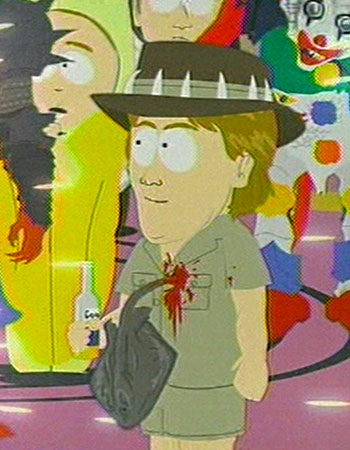 No stranger to the stage, Shane has performed with the band then called IV Play (now 4D People) and shared the stage with international artistes like Boys II Men, James Ingram and Beres Hammond.

His smooth soulful vocals have also be great crowd pleasers at the Barbados Jazz Festival, Barbados GospelFest and the Ottawa Blues Fest.

But for my part, I found the tracks very much the same as each other. The only possible exception was Baila Conmigo, but the attempt at Latin flavour was not even Lite it was Plastic.

The real song that jumped at me and for all of the wrong reasons was Crocodile Man – now I thought this was in reference to Crock’s Den on the West Coast. Nope! This is a tribute to the late Steve Irwin, the tv-host who fed gators with his child cradled in his arms and said it was okay!

I think the ppl at South Park felt the same way that I did as they made a spoof of how Irwin died – the lancing from a Manta Ray. Sure, he may have been passionate about a realistic presentation of animals in nature, and put himself at risk – but when you can place your own children at risk in a dangerous passion then you need to be examined thoroughly!

I was disappointed and surprised at Shane‘s worship of Steve Irwin, when you consider the fact that Shane himself is the father of two. If you don’t believe me when I say he thinks Irwin is cool, then check this part of the back cover from the inside flap of the cd –

“…giving thanks to the late Steve Irwin whose sincerity, passion and courage for his calling reminds me of what I need for mine, I therefore dedicate track 12 on this compilation as a tribute to his life”

In sum, I tend to find this album both irresponsible and rather somnolent.