1720 Entertainment is thrilled to have the extraordinary opportunity to make a very special wish come true for talented singer/ songwriter ABBY FIELDS, in conjunction with the Make-A-WishGeorgia and Alabama.

Since being diagnosed with Hodgkin’s Lymphoma four years ago, the Atlanta-based teen courageously fought and won her battle with the life-threatening illness and is fulfilling her dream of having her songs recorded and released. 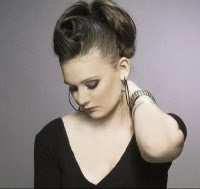 During the time of her illness, ABBY found solace and strength in the love of music and began writing lyrics to songs to convey her journey. Produced by Grammy Award winner Trina Shoemaker (Sheryl Crow), ABBY FIELDS’ debut EP, aptly titled The Wish, features the alternative rock tracks: “Telling The Story” and “Surrender,” and will be available on iTunes in mid-November. A portion of the proceeds from the sales of the EP will be donated to the Make-A-Wish Foundation of Georgia and Alabama.

In addition, ABBY FIELDS has made her debut performance as the guest of honor at the Third Annual Celebration of Wishes Gala in Atlanta on November 3, 2007, which was hosted by the Make-A-Wish Foundation of Georgia and Alabama