This weekend, Kittitians will get a sample of the exciting activities being planned for their 2007-2008 SKN Carnival Season.

The event will be launched on Saturday, October 06 at Independence Square and will be headlined by guest artiste McArtha ?Calypso Rose? Lewis of Trinidad and Tobago. 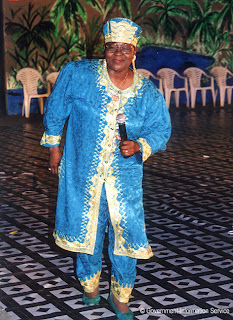 Having shared her enormous talent with audiences all over the world, Calypso Rose is reported to be the premiere ambassador of Caribbean music having produced hits such as ?Fire in Me Wire? and ?Gimme More Tempo.?

?We are extremely excited to feature Calypso Rose for this momentous occasion,? Allister Williams of the Festival Secretariat told SKNIS. ?Calypso Rose is a regional icon and has inspired many of our local artistes with her lyrics and stylistic performances. She is part of an excellent lineup that we will have on stage that night and this will help to set the tone for the upcoming season.?

A host of local performers will be appearing on stage during the launch including Queen Anastasia, King Socrates, the Mighty Junior, the Grand Masters Band and the Kollision Band. The six beauties contesting the National Queen Pageant will be introduced to the public and popular folklore groups including the National Youth Drum Corp will also entertain audiences. The event runs from 7:00 p.m. to 12:00 a.m.

Sponsors for the launch include bMobile, the City Drug Store, Carib Breweries and Thrifty Car Rental. The event was tied into the October observance of Tourism Month. Williams explained that this was strategically done to help raise the profile of National Carnival to visitors who participate in any of the scheduled tourism events.