ST. KITTS AND NEVIS GAIN MEDALS IN ALL CATEGORIES OF SHANGHAI’S SPECIAL OLYMPICS

St. Kitts and Nevis has won fifteen medals at the Special Olympics World Summer Games which was held from October 02 -11 in Shanghai, China. 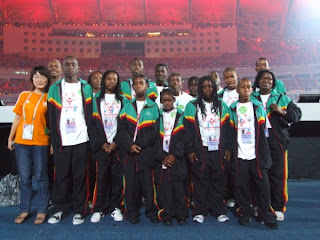 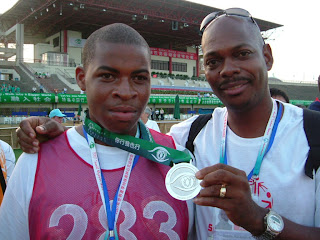 Earl Brotherson placed second in the Men?s 400 meter race and third in the 800 meter and 200 meter races. Alton Mitchell won gold in the 50 meter breaststroke. Katravia Smithen captured bronze medals in the Women?s 25 and 50 meter races.

Reports from Sylvester Dore, a member of the delegation, said the athletes adjusted well to the new environment and immensely enjoyed the experience. He noted that accommodations were excellent and the delegation was offered every courtesy by the organizers, volunteers and country liaisons.

Minister of State for Sport Hon. Richard Skerritt is a firm supporter of Special Olympics and is delighted by the news and wished the special athletes continued success. Prime Minister Hon. Dr. Denzil Douglas and Deputy Prime Minister Hon. Sam Condor also extended congratulations to the special athletes. Both ministers are proud of their accomplishments. 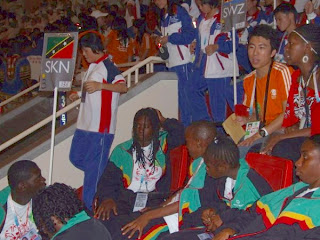 The national delegation returns on Sunday. The Ministry of Tourism, Sports and Culture has organized a welcome reception at the R. L. Bradshaw International Airport to congratulate the athletes for their tremendous performance.