October 5th – Barbadian Minivans Crash & Fatality in Garden, St James: What RBPF did not know and Nation did not see – NOT 4 SQUEAMISH/NC-17 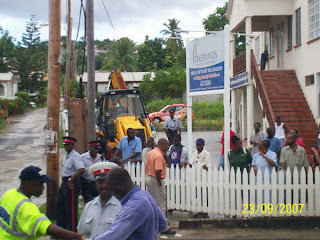 Our thanks to Nation News for proper archival systems that we can trace the events and relay accordingly.

What we learned yesterday from one of the passengers who endured some injuries, yet not life-threatening, is that one of the drivers involved forgot an object home – like a watch, cellphone or both – as he drove back to get it, he lost time, in order to make up for it? Yup, the accelerator get mashed hard! 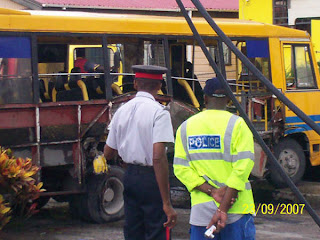 While it is more profitable for a minivan or minibus operator to pay their crews via commission – in essence – the more passengers throughout the day they take only a certain portion and the remainder is at the discretion of the crew, does this not then mean the owner/operator would and should be held culpable too?

If the guys are trying to turn the vans and buses into something more compact than a tin of Brunswick for earning a dollar, it seems not just the conductors or drivers should be held accountable! 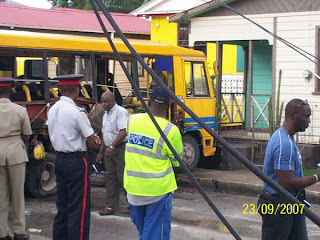 Should there not be a more equitable salary system that Public Service Vehicle teams do not try to see if they are at Daytona or Indianapolis or if they can subvert Einstein’s theorems on the speed of light?

Have we not had enough proof that no talk, but severe action must be dealt out and in a hurry?

The following are excerpts from the Nation credited in the links and accoutred with pictures from numerous sources; some may not be pleasant… 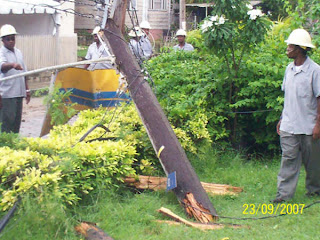 61-year-old Marjorie Boyce, of No. 18H, Crest View Terrace, Eden Lodge, St Michael, was on her way to work at Sundown, in Mullins, St Peter, where she was a housekeeper.

Ward said she had heard the news on the radio, but thought maybe her mother was at work already. 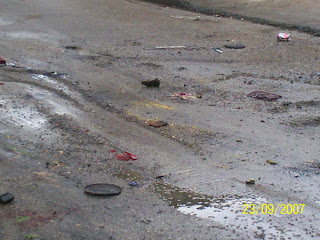 But as repeated calls to Boyce’s cellphone went unanswered, Ward said she began to tremble.

Two minutes later, Ward’s phone rang. Police were on the other line asking her to come to the scene.

Boyce, who lived at 18H Crest View Terrace, Eden Lodge, St Michael, became the 29th person to die on the roads for the year. 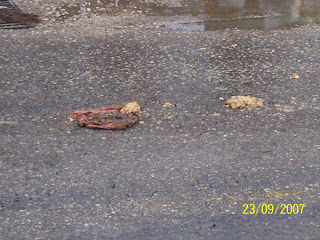 Two people were detained at the Queen Elizabeth Hospital (QEH) – Tiffany Phillips, nine, of Maynards Housing Area, St Peter, with a cut to the right knee; and Fabian Stanford, 31, of Bush Hall, St Michael, with facial and upper body injuries.

All of the injured were passengers on the minibus B144, driven by Troy Stuart, 33, of Bynoe Road, Golf Club Road, Christ Church.

Police and family sources said Boyce might also have been a passenger on that bus when the accident occurred around 9 a.m. 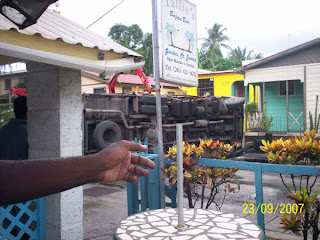 It ended up on its left side, with passengers shocked and screaming.

The right side of that minibus, which was travelling towards Speightstown, was ripped away after it collided with a backhoe loader, E3875, driven by Kenneth Collymore, of Goodridge Road, The Whim, St Peter.

The other minibus, B37, was driven by Pedro Foster, of Mount View, St Lucy. 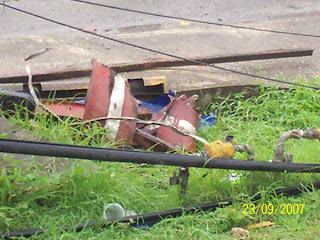 Passengers from B144 sat on the road, huddled together in blood-stained clothing, some with cuts to their faces and arms, crying as they waited for medical help.

Ambulances with sirens wailing and emergency lights flashing ferried the injured to the QEH while a fire tender and a rescue tender responded to the call. 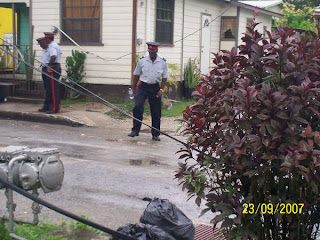 Emergency personnel hustled to and fro with bags of saline solution, respirators, oxygen masks and stretchers as the Barbados Defence Force arrived on the scene at 10:20 a.m., and quickly set up a tent for the mass casualty operation. 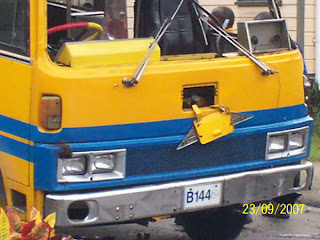 A 33-YEAR-OLD MINI-BUS DRIVER was granted bail yesterday at District A Traffic Court, after being charged with causing the death of the 61-year-old, who died after a horrific vehicular accident along The Garden, St James, last Thursday.

More than 30 people, including school children, were treated for various injuries after the crash, which involved two mini-buses and a tractor trailer. 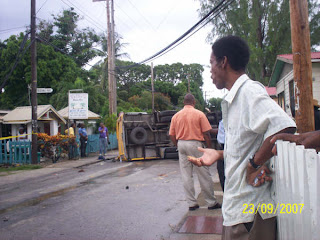 Troy Jermaine Stuart of Bynoe Road, Golf Club Road, Christ Church, was not required to plead to the indictable charge that he caused Boyce’s death by driving B144 in a manner dangerous to the public, having regard to the circumstances of the case, including the nature, condition and use of the road, and the amount of traffic that is actually on the road at the time or might be reasonably be expected at the time. 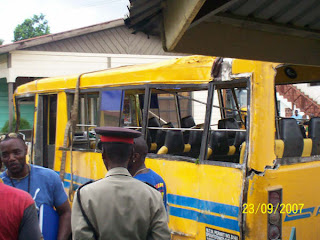 Stuart was ordered by Magistrate Deborah Holder to report to Holetown Police Station every Monday and Friday before 10 a.m.

He was also ordered to surrender his passport, but investigations revealed he had never been issued one by the Immigration Department.