In his quest to

“try and get a computer and Internet connection into every school in Jamaica,” Mavado kept his promise to assist in ensuring all Jamaican schools are able to connect to the Internet by donating 2 computers each to Constant Spring All Age and Charlie Smith High School on Tuesday October 22.


“I give thanks to God that I am now in a position to help my country. I gave to Constant Spring Junior High and Charlie Smith first, 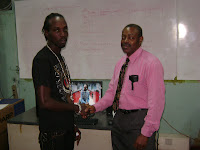 because I attended those schools myself, but we will be going to schools around the island. Our aim is to cover every school.” remarked Mavado

CONNECT JAMAICA aims to donate computers every month to schools around the island, raising funds via various events and donations. CONNECT JAMAICA is taking advantage of the telecommunications provider Flow Jamaica ‘s offer of free Internet connection to all schools over the next two years. 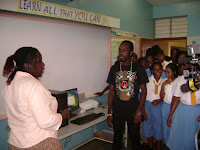 Real Mckoy will take place on Saturday December 1st at the Temple Hall Estate in St Andrew and will be donating a significant portion of the proceeds towards purchasing computers for CONNECT JAMAICA.

Meanwhile – After hosting the ultra-successful CureFest concert, Jah Cure will be looking forward to headlining the ‘Millennium Countdown 7‘ show in the Bahamas on November 3 at the Queen Elizabeth sports centre.

“There is a lot of anticipation from the public for this event, and we have had lots of interest from communities in Florida and New York regarding the event. 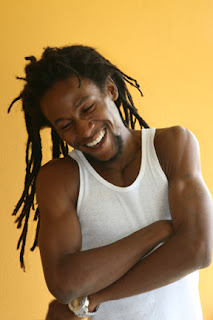 The business community has also been very supportive and we have a number of sponsors including Pepsi who have signed up to be a part of this event. Ticket sales have been going exceptionally well. The outlets are doing much better than our initial forecasts and projections. We are expecting more tourists than we initially planned for.” according to Josef Bogdanovich, CEO of Down Sound Records.

An entourage of international journalists from Europe, the Caribbean, Canada, and the United States are expected to cover the event. The show will also feature Tanya Stephens, Queen Ifrica, I Wayne and Sasha. Natalie, I-Maroon, Harry Toddler, and Bongo Herman.

Danger Zone Records has started planning production for Jah Cure‘s first video since his release. The video will be for his hit single Sticky and will be directed by popular music video director, Asha along with Marie McMorris for Slingshot Video. Asha and Marie are currently working on the treatment.

Asha noted, “The story is about a Journey where Jah Cure communicates with the Most High. There will be a story line that you can follow with maybe cut always of children and world issues. I don’t want it to be a crowded video. I envision it being rich with colour. I am thinking of a natural, green and lush environment.”

The video for Sticky will be released by the end of the year.

Jah Cure currently has 5 singles climbing the charts worldwide as well as his latest album on VP Records: True Reflections

To Your Arms of Love

As Long As I live 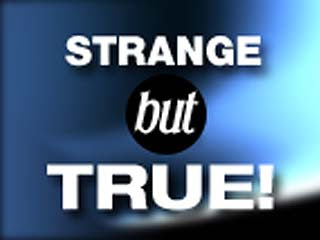 FINALLY: YO-HO-HO AND A BOTTLE OF RUM?

A bottle of rum made by Wray and Nephew, Jamaican distillers, was bottled in the 1940s using different blends. One of the blends was approximately 25 years old at the time, which means that some of the liquid in the bottle dates to about 1915. It is believed to be the most expensive bottle of rum in the world and is valued at 26,000 English pounds. It is one of only four unopened bottles in the world, and it will be displayed at RumFest, Europe?s first rum festival, in London. Supplies of this rum ran out after the Mai Tai cocktail was invented in 1934. The cocktail used the 17-year-old Wray and Nephew rum.