Jamaican Performer joins ranks of Al Capone & Wesley Snipes ? Accused of Tax Evasion, over half a mil U$ at stake

Well, in the end, they used this tactic to hold notorious gangster Al Capone when all else failed – with Wesley Snipes? We all wonder what the hell the real deal is – cut the man some slack! He can pay back-taxes before ya can say “vampire-slayer” by doing a next flick, Blade or not! 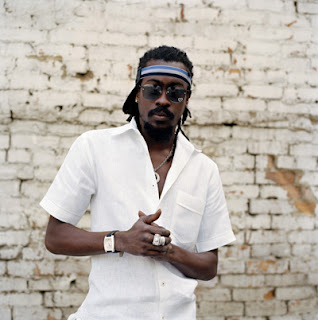 Now, in Jamaica, they seem to be laying a similar trip on Beenie Man, first you honour one entertainer while ya ready to clap irons on the next, what gives? This is what CANA had to say –

A magistrate has issued a warrant for the immediate arrest of Jamaican reggae and dancehall artiste, Moses Davis, better known as “Beenie Man“. The warrant was issued after Davis failed to appear in court to answer tax evasion charges today. Resident Magistrate Owen Parkin who presided over the case, said he was surprised that Davis failed to appear in court although the case has been publicised extensively in the media.

The Revenue Department said Davis owes J$ 47-million (US $661,971).Last month, Davies appeared in court when the matter was mentioned saying his former management company Shocking Vibes was responsible for paying all his taxes. The case was later postponed to October 23.

Earlier this year Davies’ wife, D’Angel took him to court over the ownership of assets and he was in court again a few weeks ago after the St. Andrew Parish Church filed a lawsuit against him for shooting a video in the church cemetery without permission.