THE second live show in the final leg of the Digicel Rising Stars Competition comes off this Saturday at the Party Stand, Harbour Road at 6 p.m. 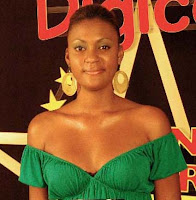 This time, Barbadian Britney Mayers will defend her home ground against the best from Anguilla, Antigua and Barbados, Dominica, Grenada, St. Kitts and Nevis, St. Lucia and St. Vincent and the Grenadines, in an attempt to make it to the third round.

This final leg of the competition, which is in its third year, began on September 29 with eight contestants, only four of whom will go through to the third round.

This Saturday night, Mayers comes up against Devon Flanders of Grenada, Thalia King from Antigua and Barbuda, Nicola Thompson from St. Kitts and Nevis, Barry Auguste from St. Lucia, Catriona Lake from Anguilla, Jestyn Holder from St Vincent and the Grenadines and Tasha Peltier of Dominica.

Mayers started competing in talent shows at the age of 10 and loves R&B, calypso and reggae. She is an avid fan of the arts and draws in her spare time, but singing is what she truly loves and does for hours on end.

Flanders listens to all types of music, and it?s his favourite pastime. He comes from a single parent household in Grenada and says singing helps him express himself and communicate better with people.

King believes her family is her rock. 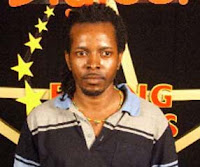 This Antiguan is also a lover of all kinds of music but says she listens mainly to the likes of Patti Labelle, Musiq and Beres Hammond, while Thompson from St. Kitts and Nevis lists Whitney Houston and Heather Headley among her favourite artistes. She too believes in the dynamic power of music as not only a medium for communication, but inner healing and expression.

St. Lucian Auguste lists artistes like Bob Marley, Phil Collins and Akon among his favourites and says if he could choose a song that best represents himself, it would be one he composed. He is no stranger to the stage and has been performing in nightclubs in his country and singing since the age of three.

Lake, on the other hand, listens mostly to soft rock, soul and love songs and thinks the song I?m Changing from the movie Dreamgirls, best represents her. A teacher by profession, she says her mother is her strongest supporter and has been her influence in getting into music and singing in particular. 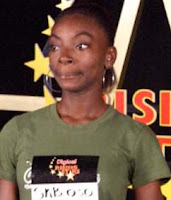 Vincentian Holder is employed at the St. Vincent and the Grenadines Port Authority. He loves reggae, ragga soca and R&B and competes in song competitions both at work and in his home village of Byera Hill.

The last contestant to be added to the line-up was Peltier from Dominica, where voting ended shortly before the final round began last Saturday. She sings, dances and writes poetry and loves all kinds of music except calypso. She is also an avid volleyball fan and has been singing ?ever since forever?.

Only four from this round will progress to the next stage of the competition and have the chance at the grand prize of US$10,000.00 and a recording contract with CRS Music. The grand finale takes place on Sunday, November 11. 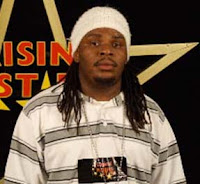 The judges are Antigua?s Algernon ?Serpent? Watts, Vynette Frederick from St Vincent and the Grenadines and Barbados? Wayne ?Kool? Simmons.

Voting for contestants opens on Sundays at 8p.m. and ends on Fridays at 4p.m. The voting numbers for this Saturday?s contestants are as follows: 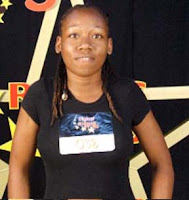