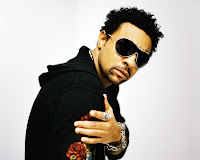 Shaggy, born Orville Richard Burrell, in Kingston, Jamaica, relocated to his mother’s home in Brooklyn, New York at age 18. After leaving the US marines in the early nineties he launched his music career to great success. Oh Carolina, a cover of The Folkes Brothers (1960) hit became his first major success when it roared into the Number One spot in the U.K. and nine other countries, in 1993 the song also appeared on the Pure Pleasure album. Shaggy quickly followed in 1995 with the Boombastic album for which he won a won Grammy in 1996 for Best Reggae Album. In the last 12 years Shaggy has sold over 20 million albums worldwide.

Shaggy is not just an entertainer but recalls his roots, over the years he’s consistently demonstrated his philanthropy by giving significant funds to charities all over the world from Jamaica to Africa.

Shaggy has been a consistent staple on the music scene both internationally and locally. He has made and indelible mark on Jamaica and is a great example for all.

“I feel honoured to receive this award and overwhelmed that the Jamaican government saw it fit to bestow upon me such recognition,” Shaggy stated.

Shaggy will receive his Order of Distinction at a public awards ceremony this National Heroes Day, Monday October 15 th at Kings House at 9:00 AM.