Went to Holders over the weekend for the 2nd Absolute Caribbean Fashion extravaganza – was greeted by two polite yet firm security detail, they instructed me to park the car and when I came back I’d have my pass and a guide waiting for me!

The pass was very slick, it was laminated and listed all the sponsors – SBI Distribution, SHE Magazine, Goddards Enterprises, Absolute/Mt Gay/Remy-Martin, CMC, Sacha Cosmetics, Circuit Magazine, Creme Of Nature, Fairmont Resorts and Everson-Ward Communications… But the cord for the media pass was barely enough to fit around Rambo’s head, far less mine! Yet I see VIP guests with a length of ribbon that was more than adequate – a way to differentiate apart from the wording and colour? 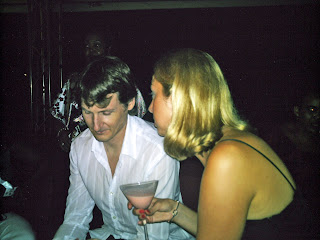 Back to our pals at Security, we parked and so true, so said, so done! That was impressive, many folk came early for the cocktails – they had free Apple Absolut and folks were trying all kinds of drinks using the distilled potato beverage. Margaritas, martinis, mojitos and so forth! But no nibbles arrived until 15 minutes to showtime, so I skipped that as I was setting my exposure values for the lighting on stage – my seating was pre-arranged at the end of the catwalk and I was seated with two other shutterbugs, one was Rosemary Collins (mother of Sara Collins – more on that later) and the other was a guy whose name I did not catch. 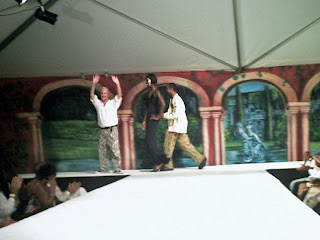 Speaking of cameras – two things; the event is to be an edited webcast as cut by Caribvision, but the models need to learn to PAUSE – and the designers must come by the end of the runway! Using a zoom for the back of the catwalk was so gauche! Plus, there were two other photographers with me and they also did not take snaps on at least 3 occasions with me – for the same damn reason, the girls swirled away too fast! This is not the first time such a blunder was allowed to escape! 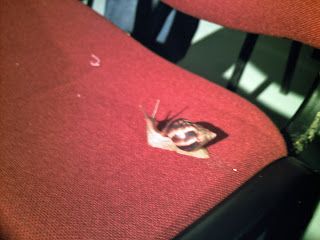 There’s a new pet at Holders apart from the usual canine crew patrolling everywhere… While the crowd trickled in, it seems even a snail wanted to watch, its shell was rather stylish, I must declare – LOL! 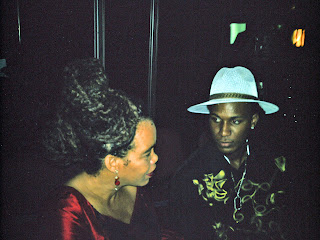 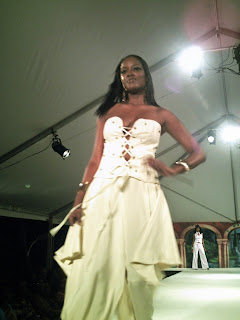 Then by 7:30-ish the moment we all waited for, and first out of the gates was Patricia Coates. From Guyana, Patricia has been in the industry for three decades! 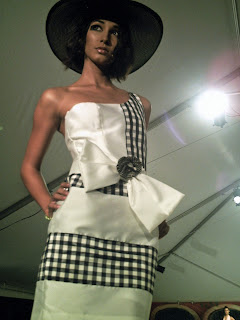 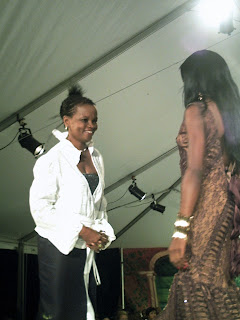 Her clothes are slated for the modern woman who has a fine eye for detail and finished quality. 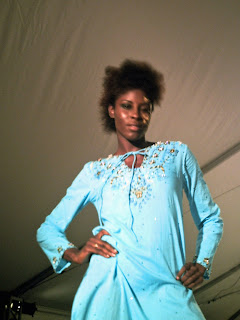 Susan Bonham of the Bahamas zipped in next – sporting her Sugar Collection, her works have graced the dressing windows of Harrod’s, Joseph among other posh and swank London fashion locales. 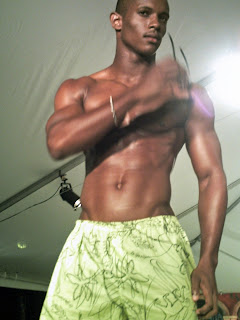 Nobility such the Countess of Wessex and no Royal ppl less than HRH Prince Edward have bragged of having her threads over their frames. 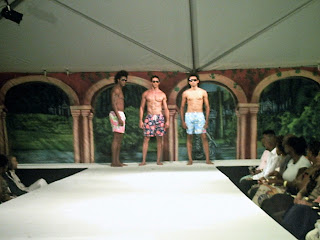 Cut for European styles and climes nevertheless, the flavour of the Caribbean resides in the rich colours chosen. 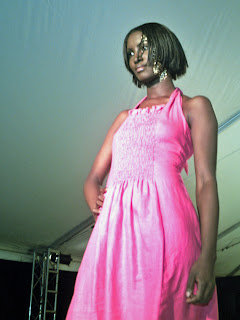 From Bahamas to the twin island Republic of Trinidad and Tobago – and the Heather Jones portfolio (who could not make the event, yet sent her daughter who did not grace the stage); exporting regularly to Europe and America as well as throughout this region, like Patricia Coates – Heather also has invested 30 years in Fashion. 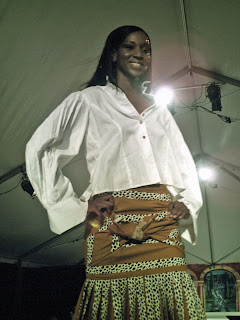 Heather copped the top slot of the Caribbean Fashion Awards of the Americas in 2002 as sponsored by Audi – beating back over 25 other ready-to-wear designers, she remains justifiably proud of that accomplishment. 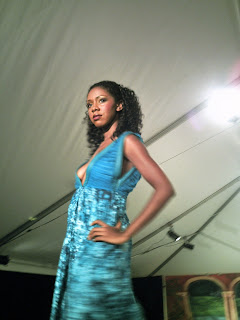 She uses the impetus from that time to create stunning work that showcases frothily intricate hand-painted work. 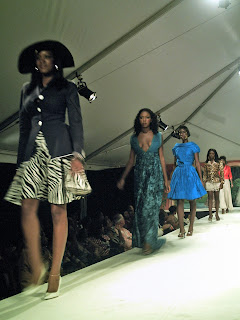 This sounds like a long time slipped by, but although the show started late, the event was on a very tight coil and the last three slots went to the Bajans! 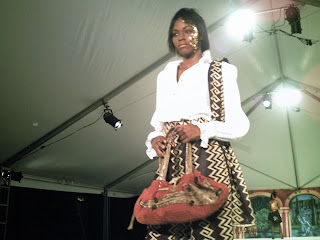 Patricia Blackman’s segment was called Hello Africa, but instead of something from Eddy Grant, there was a slow gospel piece which had no reference to the Motherland.

She gears her work for the career-driven lady who yearns to be avant-garde yet sophisticated.

Along came Sara Collins, I know of her work as a model but now she is pursuing a Master’s in design – her guest slot that night was to exhort the Caribbean fashion community to initiate not imitate. The music she had made for the piece while original and in that sense alone was Caribbean, nevertheless was clearly techno-derived and hence of a foreign derivative. 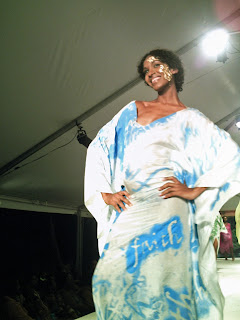 The lass also had her models in bikinis with saran-wrap over them then marching across the catwalk in flowing gowns with messages calling for ideals such as FAITH, LOVE or TRUTH and other aphorisms. Unfortunately, when her section, um, WRAPPED up? There was a LONG silence before applause… Avant-garde, coy, tongue-in-cheek and all of those other styles of delivery can be used effectively by those with more experience – this was more like the emperor’s new clothes with no one declaring the naked truth!

Except perhaps the emcee Collin Cunningham of CMC, he boldly pondered if this was not a waste of plastic? You know how models are – never slim enough they were trying to burn off even more calories? 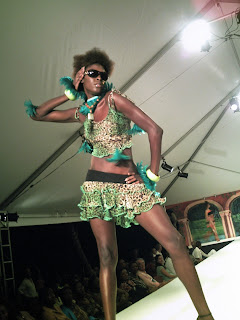 The true scene-stealer of the night was the house of SimonPeter; a combined force of close to half a century of fashion wowing under their respective belts, they grabbed the crowd and shook well then stirred them to just about call for an encore! 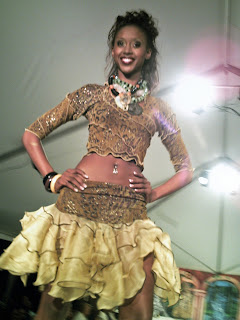 Jungle motifs that were zapped along by appropriate selection with jungle moods and roars set to music, and the selections held everyone’s attention.

Their works are also exclusive to Barbados at the Sandy Lane resort, and moulded for the female frame alone – Bravo, guys! 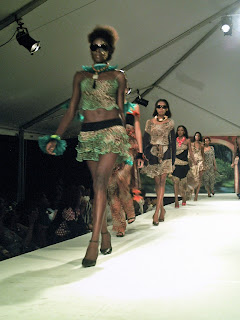 There was an after-party pool party by a very swift 8:30 pm, but I’m afraid many guests ran off when they learned the cocktails were no longer free and cost a Charles Duncan O’Neal each! One party aficionado threatened to rip her bra off in protest, but realised that many men were paying close attention at that point, LOL!