One of Bajan Reporter‘s pet projects has been to keep a track of what has or has not been happening on the South Coast with its rather top-heavy bar/restaurant industry. We spoke of a new establishment that was going to debut July 28th then after Kadooment, and then …? This was to be called The View, like the tv show, and it’s being built on the ground floor of where the Caribbee used to be – while Mighty Whitey was going to re-establish his quiz night in there with about 8 huge-flat HDTV screens and about 40 tables. 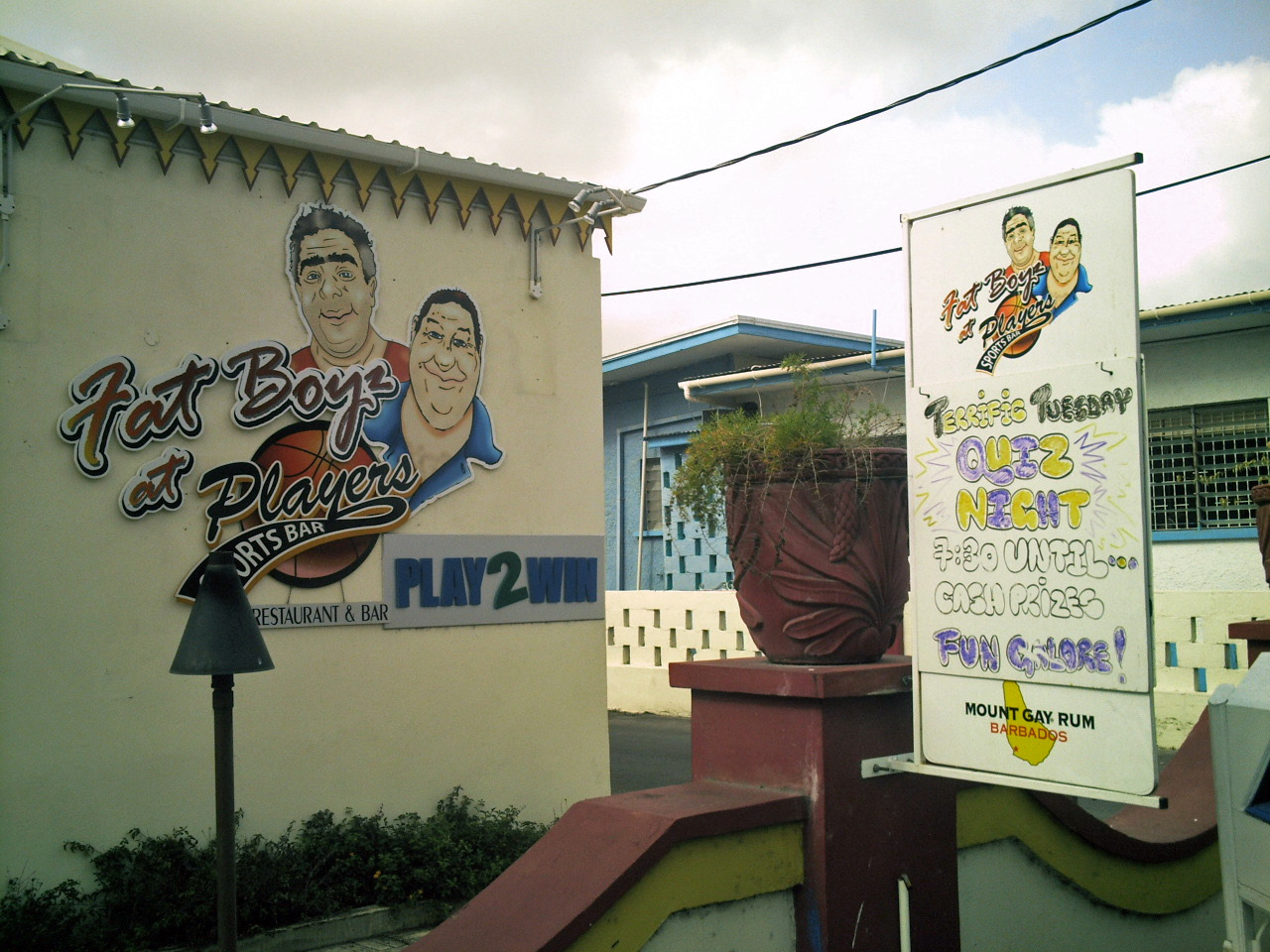 Anna Adameira, who has handled Jeff-Mex in Bridgetown and Carib Beach Bar in Worthing, was going to keep a tight ship for this place as well…

Passed by The View one day earlier this month to ask when is the official launch and met two Syrian-type women who blithely tell me Anna is gone and then give me her cell number if I wish to reach her. Eventually I was able to learn from Ms Adameira that she is now on the West Coast assisting the Gatsby and she’d rather not get into details of what led to a breakdown in communications.

So we tapped our own sources and it appears Anna was on a consultant capacity for The View; naturally – she wanted to have her capacity established in a more permanent manner. So it seems when she asked not to be paid as staff, but just to have a contract drafted that all Hell broke loose! We wish Anna well and hope everything sorts itself in a just manner. Over at Players, the portrait of Alan & Benny has come down off the wall, but the streetlight still has their resemblances grinning at you! But now many Bajans have been quizless for weeks now – until a place further in along the South Coast called Ocean’s 11 – hah, yeah, like both films!!

The challenge is that their questions are even more UK-based than Players, have to make sure to head there next week and verify that, as this week is gonna be jam-packed!