As Barbadians become more sensitive to animal rights, PETA and CARE are stepping up efforts to save the Green Monkey, they’re directing online petitions to the Tourism Ministry – this concern was pioneered by Miguel Drayton in his darkly humoured “From Barbados With Love“; and now one of these critters native to Barbados has been saved from an uncertain fate, thanks to a regular contributor – 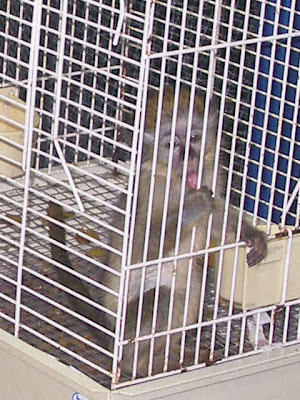 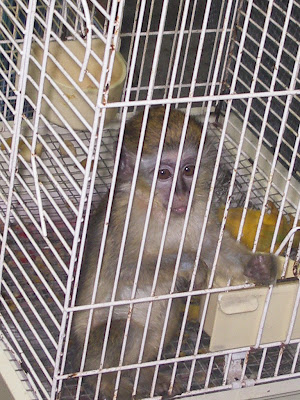 The sales assistant said this one is not for sale as they plan to “raise” it in the store, but if it bites them again they would have to beat it some more – which led to its rescue from that establishment…

The RSPCA had been called and they promised to investigate over the weekend. 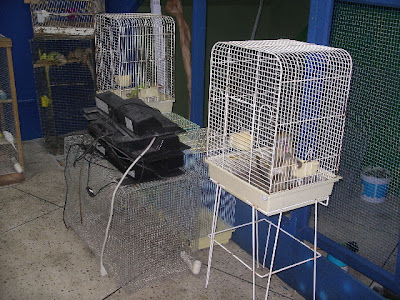 Bajan Reporter will see what happened, but in the meanwhile, the lady who saved it would like for increased public/private sector cooperation on animal affairs, because caring for a primate means you have to be COMMITTED to look after it! Not if you think it’s just fashionable to say you have one!