Over in St Kitts & Nevis, their Teen Mothers Programme had its share of challenges since it was implemented a decade ago, but Director of Gender Affairs Ingrid Charles-Gumbs told SKNIS that the commitment of the government and the resulting benefits are what drive the success of the initiative. 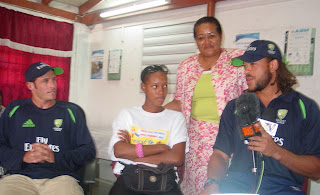 Educating teen mothers is critical to ending the cycle of teen pregnancy, Mrs. Gumbs said on Tuesday’s edition of SKNIS Perspectives. We have discovered that the majority of mothers of teen mothers, were themselves teen mothers and if we can end that cycle, then we will have a higher parenting age and of course fewer social problems.

Project Viola, as the programme is called, ensures the right of a teen mother to return to school after giving birth. This allows the young girls to complete their education in the mainstream. Mrs. Gumbs explained that over the past decade, approximately 100 persons have gone back to school and the majority has successfully graduated high school. She added that observations reveal that students with a strong family support structure traditionally perform better than those that do not.


The director of gender affairs said this was important as it gives the students the opportunity to fulfill their dreams. “I always talk about Marissa Grant, the medical doctor who was trained in Cuba,? she remarked, while recounting success stories. She went on to highlight Vasha Ward, a registered nurse as well as Tashema Lawrence, a graduate of the New England Culinary Institute located in Tortola. Ms. Lawrence obtained an Associates Degree in Culinary Arts. 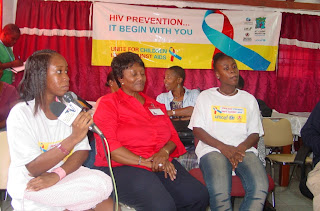 Director Gumbs stressed that, “A large number of the young women are actually working which ensures our state assistance burden is not further increased, so making sure these young women can provide for themselves and their children is a very worthwhile endeavour.”


This formula for success is one which appeals to the regional office of the United Nations Children Fund, better known as UNICEF.

That body’s Representative for Barbados and the Eastern Caribbean Tom Olsen has commended the government for its progressive policy on teen mother issues. His organization is working with the Department of Gender Affairs to have the programme serve as a model for other Caribbean territories that are developing a similar policy. To this end, UNICEF filmed a documentary on the St. Kitts programme which it distributed regionally.

Director Gumbs thanked the public and private sector agencies for collaborating with her department. She said that it was critical for this support to continue if the success of the programme is to be maintained and surpassed.