Ruling Political Party in Grenada admits to getting money, but stops short of smearing Keith Mitchell

Grenada’s ruling New National Party (NNP) admitted they received campaign financing from a failed offshore bank but denied that the funds ever went directly to its leader, Prime Minister Dr Keith Mitchell, or any of its principal officers. 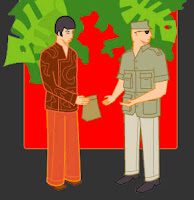 Giving evidence before a US Federal Court, Michael Creft, who headed the Grenada International Financial Services Agency (GIFSA) – a regulatory body – had told the court that he served as a middle man in transacting funds from the bank to NNP officials, including the prime minister.

“We are amazed that Mr Creft would make such a statement,” said Straker, noting that the money which was channelled into the party’s central account was used to help finance the 1999 general election campaign.

Last week a United States Federal Court in Oregon jailed four former officers of the First International Bank of Grenada and ordered that they pay huge fines for what it described as their role in a scheme that deprived many US and Canadian investors of more than US$170 million.

The allegations in the court case caused the main opposition National Democratic Congress to call for the passing of legislation to govern campaign financing.