A new five year strategic plan addressing HIV/AIDS in St. Kitts and Nevis is being crafted at a three-day national consultation at the Ocean Terrace Inn.

60 persons from the public and private sector are considering ways to reduce the spread of the pandemic and associated issues such as stigma and discrimination for the period 2008 to 2013. Unique insight on the issues is being offered by persons living with the disease, who are attending this important session. 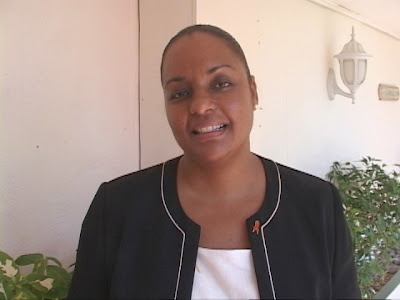 Clinical Care Theme Coordinator in the Ministry of Health Dr. Kathleen Allen-Ferdinand says it’s important to continue involving stakeholders in such consultations so that full participation could be garnered.

?We?re trying to get the public to recognize that every citizen has a responsibility [to contribute in] how we tackle this HIV/AIDS situation,? she explained. ?It is now time for us to truly embrace a national expanded response and so hopefully in the coming years we will see the football teams and the basketball teams [as well as several ministries] getting involved and helping to reduce our incidence.?

This is the second time St Kitts’ Health Ministry is holding such a consultation. The first event was held in 2000 and produced a national plan that has been used up to this date.

Permanent Secretary in the Ministry of Health Elvis Newton said that the previous plan achieved numerous successes but there was still a lot of work to be done. Areas which needed to be strengthened include reducing stigma and discrimination as well as reorienting systems for increased confidentiality. 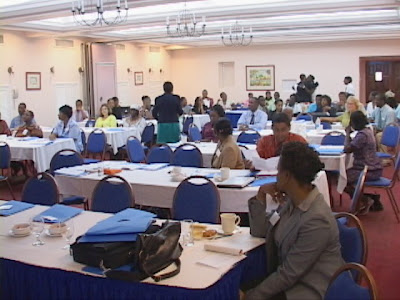 The participants are developing practical working solutions to these and other issues outlined in a situational analysis. The challenges were developed based on the gaps identified from the previous work plan, as well as feedback received from surveys and focus groups conducted over the last two months.

Mr. Newton revealed that a similar consultation was held in Nevis on September 3 and 4 for stakeholders there.

?The whole idea is to ensure that there is greater buy in into the plan,? Mr. Newton remarked, adding that stakeholders will be encouraged to take ownership of the document when it is completed. ?The response has been tremendous and we are excited by the level of participation we are getting from the meetings.?

St. Kitts and Nevis was one of the first countries in the Organization of Eastern Caribbean States (OECS) to develop a National Strategy on HIV/AIDS.