If you’re not aware of it, Hurricane Felix may have skipped the Caribbean, but right now both the Honduras and Belize in Central America are crapping white hot nickels as it looms ever nearer like watching a bullet headed for you in time-lapse…

The latest position here from Miami –

All is not lost, both the UN and the UK have issued relief plans; first up is the strategy from the World Food Programme –

As Hurricane Felix prepared to make landfall on the Caribbean coast of Central America, the World Food Programme announced plans to deploy emergency teams and said it had sufficient regional food stocks to feed almost 600,000 people for one month.

Not only is WFP preparing to make food stocks available from its development operations in the region, it is also making stand-by arrangements for air and overland transport as well as moving emergency staff into place. A key operational center will be in nearby El Salvador where WFP has its sub-regional logistics base as well as in Panama where its regional office is located.

Concern among WFP emergency specialists is particularly high because much of the region has already endured heavy rainfall and there are worries that some areas will suffer from widespread landslides reminiscent of when Hurricane Stan hit in 2005 and which made roads impassable and hampered aid efforts. Of equal concern is that Hurricane Felix may strike Belize City.

In order to be able to respond to humanitarian needs along the coast of Honduras and Belize, WFP is studying the possibility of using a ship to deliver emergency needs. 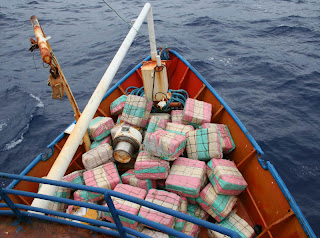 At the same time, staff at its country offices in Guatemala, Honduras, El Salvador and Nicaragua is on stand-by for immediate deployment.

Meanwhile, WFP operations in Belize to assist about 5,000 people who lost their livelihoods are a result of Hurricane Dean two weeks ago continue. The victims, are receiving two-month rations of rice, pulses, High Energy Biscuits (HEBs), vegetable oil and salt to assist them as they rebuild their lives.

Now, here is what Great Britain is setting about for Central American assistance –

Royal Navy warship, HMS Portland, and the Royal Fleet Auxiliary tanker, Wave Ruler are in Barbados on short port visits. The crews of the ships were recently engaged in providing assistance to Belize and the Eastern Caribbean in the wake of Hurricane Dean.

Most of their relief work was done in villages in northern Belize, which sustained the most severe damage. There, an initial party of 15 personnel was sent in to assess the situation. Once ashore they joined up with a party from the British Army Training and Support Unit based at the permanent army training centre in Belize.

The navy team included HMS Portland’s doctor who was able to conduct a clinic for Belizeans, and an electrical repair party who took generators and lights providing some power to the village. Other personnel also assisted with clearing debris and repairing roofs. 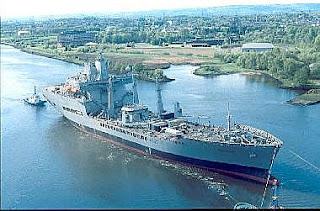 HMS Portland and RFA Wave Ruler are stationed in the Caribbean region as part of the Atlantic Patrol Task for the 2007 hurricane season, which runs from June until November, ready to respond in the event of a humanitarian crisis.

RFA Wave Ruler leaves Barbados this Wednesday and HMS Portland is scheduled to sail on 13 September.