British Navy is Main Anchor for Hurricane Relief in the Caribbean: Half a Million pounds in aid sent

The UK?s Department for International Development (DFID) has allocated more than ?500,000 (more than one million US dollars) to provide temporary shelters, medical care, drinking water, sanitation, food and other necessities for those most affected in Belize, Jamaica, St Lucia, Dominica and Haiti in the aftermath of recent hurricanes in the Caribbean. The aid is also being used for urgent repairs to schools and homes, restoring livelihoods of those affected and replenishing emergency stocks. 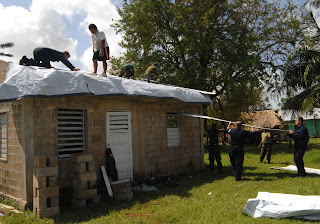 Hurricane Dean swept through the Caribbean from 17 to 21 August, killing twenty one people and leaving a trail of destruction. In Dominica and Saint Lucia 75 to 100% of the banana crop was destroyed and plantations were uprooted; the devastation of various fruit and root vegetable plantations has destroyed much of the food supply and the livelihood of the local populations. In Haiti the worst affected regions were the south and southwest, where flooding and high winds destroyed plantations, houses and infrastructure. In Jamaica the Government has declared a month-long state of emergency. In Belize nearly 2,500 families have lost their homes and many crops have been destroyed, particularly in the Corazal and Orange Walk districts in the north.

During disasters, it is the poorest that are the worst affected and suffer most. DFID also works on reducing risks before disaster strikes. DFID is continuing to monitor and assess the situation and stands ready to support should any additional assistance be required during this hurricane season. 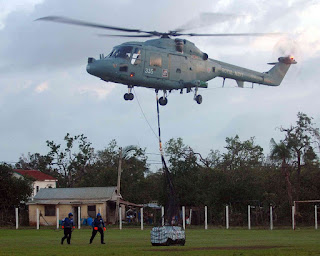 DFID has also contributed an additional ?367,000 (US$740,000 approx) through EC contributions to relief efforts and is considering further support to assist those farmers most severely affected following more detailed assessments of need. The Royal Navy will station two ships in the Caribbean until the end of the hurricane season in November.