Kevin Peterson, 19 years, alias ?Sniper? of Britton’s Hill Main Rd, St Michael has not been since he left the home of his father Ricardo Peterson of the said address between 11:00 am and 10:00 pm on Sunday 16th September 2007.

There is a strong possibility he could be in possession of a black Zongshan 2000cc motor cycle belonging to his father.

The cycle’s registration is # MB 2402 with two helmets, one is an all grey open face helmet, while the other is a full faced model in yellow and silver, with reflecting strips on the rear. 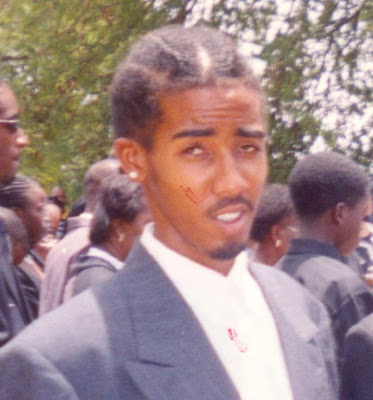 Peterson is 5? 7? tall, light brown complexion, slim build, long head, short black hair, wrinkle fore-head. He has a longish face, thick eyebrows, straight nose, both ears pierced, round chin, square shoulders erect appearance, speaks softly and has a tattoo in the shape of a cross in the middle of his back.

Anyone who may have knowledge of Kevin Peterson’s whereabouts is asked to call the Hastings Police Station at either 430-7608 or 430-7612, Operations Control at 430-7100, the Crime Stoppers Hotline at 429-8787, or your nearest Police Station right away.