West Indies fast bowler Fidel Edwards spoke with the media after the team’s practice session at Wanderers. Following are excerpts from his responses to various issues raised with him by journalists. 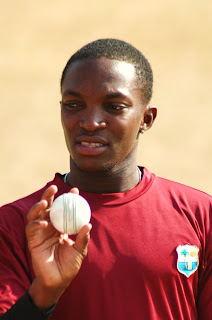 On what the dominant emotion is after losing the opening game:

We’re obviously disappointed. We know where we went wrong, we didn’t bowl as well as we should have but we are going to come back strong and hopefully win tomorrow by a big margin against Bangladesh.

On what his approach is in bowling in Twenty20 cricket:

On Twenty20 being a batsman’s game:

The wickets are pretty flat and in the batsman’s favour and you can’t bowl no balls, you get penalized for it so it is mostly for the batters. However as a bowler if you can bowl well and bowl confidently you can get some wickets. 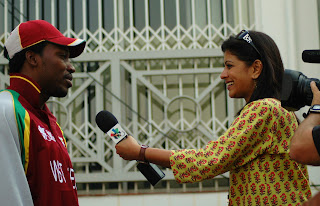 On what the team has been working on in the practice session:

We are working on our weak areas, in the field and how we bowled. We bowled a lot of bad balls down the leg side and we are trying to correct it and keep the momentum for tomorrow’s game.

On Ramnaresh Sarwan‘s captaincy of the young team:

Sars is a young captain and he is trying his best, we are a young team and we are going to build on the success we had in England in the one day format but it is all about coming together.

On the pressure being on having lost the first game:

It’s a bit of pressure but that’s how the tournament is set out. We lost the first game and we have to come hard in the second game to win and if we do win it will be a big plus for us moving into the Super Eights.

On whether experience of the Stanford 20/20 Tournament in 2006 will help the players:

The structure back home is not as strong as the South African one or the English county system or in Australia but it’s getting better and hopefully now that Stanford 20/20 has been introduced to the Caribbean and that we played some international Twenty20 games it should be a bonus for us for the future. 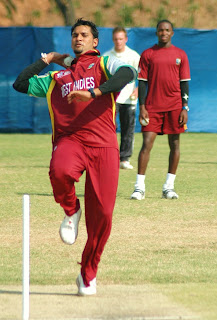 On what the Windies must do to win against Bangladesh:

We have to come harder, be more focussed, bowl in the right areas and tomorrow we should come out victorious.