With just two shows having aired around the region so far, the Stanford 20/20 TV Show is looking to be the video antidote in a period that is normally filled with boring reruns.

Over the next few weeks leading up to the start of the 2008 Stanford 20/20 Tournament in January, international cricket personality and host Mike Haysman will visit the remaining 18 territories participating in the Tournament, catch up with the cricketers and the legends and learn just why each country in the Caribbean is so unique. 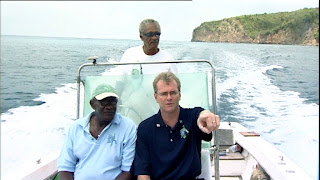 Anyone who tunes in to watch the half-hour programmes will quickly realize Haysman is not your average tourist. From trying his hand at bug extermination with a cricketer in St. Maarten to commandeering a school classroom in Nevis to getting arrested in Bermuda by cricketer/policeman Dwayne ?Slugger? Leverock to getting an unexpected massage in Anguilla from National Cricket Coach Cardigan Connor, there is no shortage of laughs and adventure when this Australian travels. 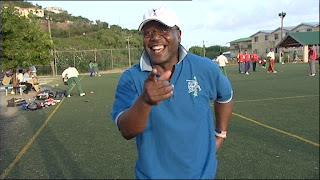 Other antics include swimming with stingrays in the Cayman Islands, checking out conch in the Turks & Caicos Islands, investigating one of the oldest rum distilleries in the Caribbean, making sweet music with West Indies cricketer Omari Banks and his father and an interesting cricket lesson with legend Desmond Haynes. 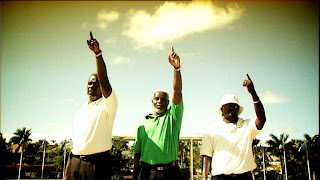 The Stanford 20/20 Cricket Show airs on Wednesdays at 8:30pm on the following dates: 5th September, 19 September, 3 October, 17 October, 31 October, 14 November, 28 November, 12 December, 26 December, 9 January and 23 January. Times and dates are subject to change in each market. Viewers are encouraged to check the local media and log on to Stanford2020.com for up to date information for their countries.