The newly elected President of the West Indies Cricket Board (WICB) Julian Hunte will articulate his ambitions for West Indies cricket in a series of meetings in St. Kitts today. 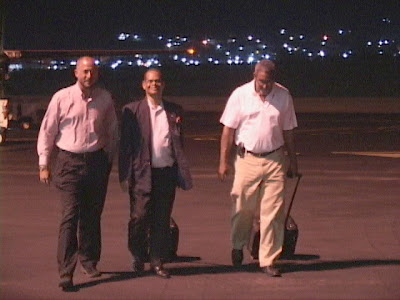 On his arrival Wednesday night, Hunte was met by the Minister of State with responsibility for sports – Richard Skerritt, who welcomed him and used the opportunity to briefly discuss a number of cricket related issues.

At the end of his busy day, Chairman Hunte attended a news conference organized by the Ministry of Tourism, Sports and Culture. The topics included the upcoming 20-20 Cricket World Cup as well as the future development of cricket in the region.