The Jamaican World Stars team returned with a bang to their homeland recently from the World Championships of Performing Arts held in Hollywood, California as they emerged top scorers in numerous categories – vocals, dance, instrumentals, acting and modelling.

Plus, Onique Scott was crowned overall Grand Champion of the World in the female modeling category and Onique will be working with top modelling agency, Exposure Model Management in Los Angeles.

Congratulations to Tyrone Davis as he will be working with Michael Maddox of Elite Model Management.

The event was a total success, the experience exhilarating and the spirits were high, as Jamaica received the awards for Best Team Spirit and placed second for the Most Number of Entries at the competition. 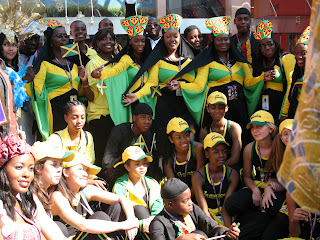 The group comprised over 60 persons including supporters and contestants, and were well received by the 55 countries who participated including Caribbean neighbours Haiti as well as Trinidad and Tobago.

In Motion dance, the troupe received the prize for Best Ethnic piece and 2 gold medals for categories, Jazz and Ethnic. 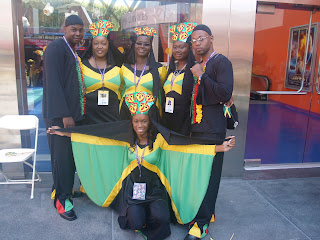 The World Championships of Performing Arts is staged annually in Hollywood, California between July and August over an eight day period and is likened to the Olympics as it showcases and recognizes the various talents of the world. It is a fully recognized event which has been endorsed by the governor of California, Arnold Schwarznegger, Debbie Allen and many other entertainment moguls.Team Jamaica swears they would not even have been able to get a stitch for a costume far less airfare without the Chase Fund and the Tourism Product Development Company, they hope other corporations who want to be a part of the event come forward and not be shy – Team Jamaica has a proven track record now!