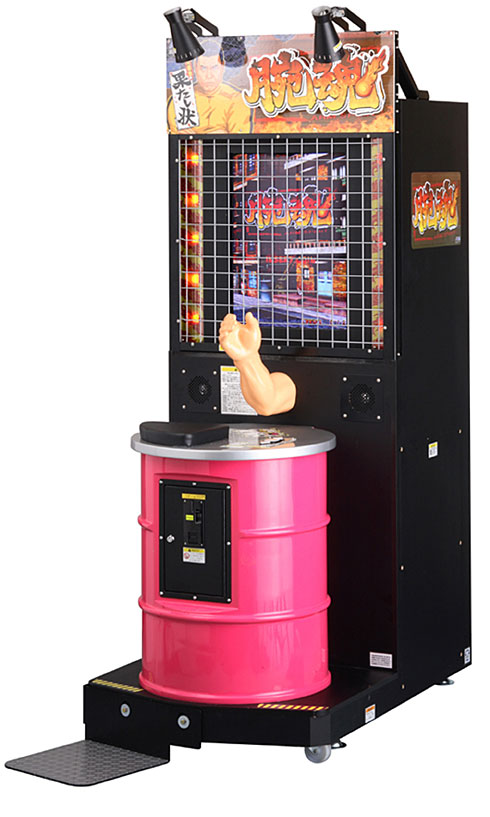 “The machine isn’t that strong, much less so than a muscular man. Even women should be able to beat it,” said Atlus spokeswoman Ayano Sakiyama, calling the recall “a precaution.”

“We think that maybe some players get overexcited and twist their arms in an unnatural way,” she said. The company was investigating the incidents and checking the machines for any signs of malfunction.

Players of Arm Spirit advance through 10 levels, battling a French maid, drunken martial arts master and a Chihuahua before reaching the final showdown with a professional wrestler. The arcade machine is not distributed overseas.