If you laugh at this and say “OMG, my belly!” Don’t laugh too hard because if end up needing an operation and there’s a blackout here, you don’t want to find out if you end up like this patient – 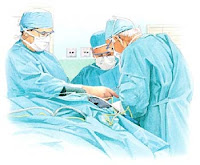 The light from the cell phone screens allowed surgeons to complete an emergency appendix operation during a blackout in a city in central Argentina.

Leonardo Molina, 29, was on the operating table last week, when the power went out in the main hospital in Villa Mercedes.

“The generator, which should have been working correctly, didn’t work,” an unnamed hospital spokesman told a TV news station.

“The surgeons and anesthetists were in the dark… A family member got some cell phones together from people in the hallway and took them in to provide light,” he said. 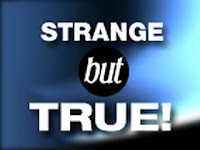 We all know places where a generator not working is mild, huh? Anyways… The patient’s brother thought there was no power for at least 60 minutes and he noted his brother’s anaesthetic was wearing off, but the hospital director refuted the brother’s claim by countering surgery was without light for only 20 minutes – h’mmm; so no big deal then?

Maybe the director was trying to soften the news from the family by making LIGHT of it!