Kittitian Government officials, related members of sporting associations and other stakeholders were briefed on the technicalities of installing the tracks for the Bird Rock Athletic Stadium over in St Kitts. 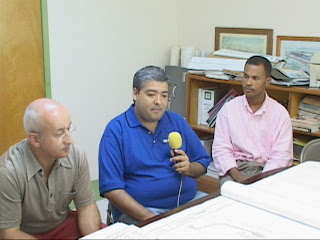 Mr. Tovar told SKNIS that his colleague will be doing most of the groundwork in St. Kitts and is well versed in the field.

?Franco is our technician with the most experience when it comes to certification on track and field facilities around the world,? he said, noting that Mr. Ruata was involved in certification projects relating to the just concluded XV Pan American Games and the past five CARIFTA Games.

The company will provide expert advice on the track installation but Mr. Tovar was quick to point out that locals will still be in charge of the project.

He explained what type of support his company would give to this project.

?When the civil works are like 40 to 50 percent complete, Franco will come back to St. Kitts to make sure that everything is (proceeding) accordingly,? Mr. Tovar stated. He added that when the work on the track begins, Mr. Ruata will be based here and closely supervise the process. 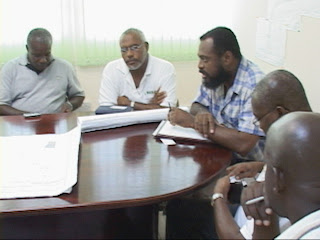 A government official noted that the involvement of the internationally renowned Mondo company shows government?s commitment to meet all obligations associated with hosting the 2008 CARIFTA Games. He concluded that the Bird Rock facility would also be an excellent training ground for current athletes and future prospects.

The facility that will feature a “Class 2” 400-meter synthetic athletic track and a 200-meter warm up track.

The Sport Division, with its Sporflex Super X system, developed by Mondo?s Research Centre, has been a world leader for more than thirty years in the realisation and supply of Olympic Stadiums where the most important athletics records have been achieved.