Barbadians are asked to be on the lookout for a wanted man. He is Negus Agustus Richardson BOYCE, 24 years of 2nd Avenue Thompson Gap, President Kennedy Drive, St. Michael. Boyce is wanted for questioning in connection with several serious criminal matters and is considered to be armed and dangerous. Members of the public are asked not to confront this person, but to call the police immediately.

The Police Force is also appealing to Negus Boyce to surrender himself. He can do this in the company of an attorney-at-law and/or a family member. 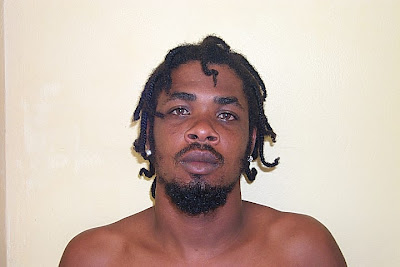 DESCRIPTION: Negus is 5? 10? in height, of medium build, light black complexion, has brown eyes and a tattoo of the words ?THUG FOR LIFE? on his left hand.

Anyone with information relative to the whereabouts of Negus Agustus Richardson BOYCE is asked to contact the Police at: