Here’s an edited transcript from a portion of the opening remarks made by the USA’s latest envoy for Barbados & The Eastern Caribbean, H.E. Mrs Mary Ourisman – 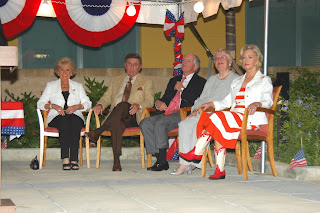 Since 1842 — for 165 years — the United States of America has maintained an unbroken diplomatic presence in Barbados, beginning with Consul William Hayes. In 1966, on the occasion of the independence of Barbados, the Consulate became the Embassy. During 165 years, we moved 12 times. The most recent — and we sincerely hope final — move took place in January, when the men and women of the Mission moved from the Chancery on Broad Street, the Annex on Philadelphia Lane, and the Consulate in Fontabelle to Wildey. 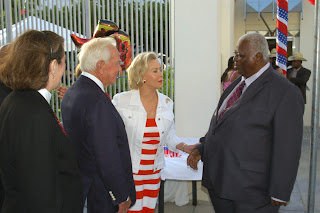 I know that many of you had the opportunity to walk through the Embassy and see some of the offices and the lovely art and furnishings. So many people, when they drive past the Embassy, think it looks forbidding and that only Americans work here. While we have to accept the security that must be in place because of attacks and attempts that have taken place elsewhere in the region and the world, you have seen [in fact] the offices are attractive places to work. And, we have a dedicated staff of over 100 Barbadian nationals who work side-by-side with American colleagues. 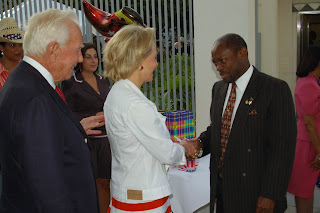 Ambassador Mary Ourisman greets the Prime Minister of St. Kitts and Nevis Dr. Denzil Douglas on his arrival at the new U.S Embassy complex for the dedication of the new embassy complex

Our Locally Engaged Staff are the backbone of the Embassy — they are our guides and interpreters as we Americans navigate the sometimes-confusing waters of diplomatic relations with seven sovereign nations. I truly believe that the Embassy could not function without them.

I also want to salute our American staff. They have chosen a life of service to the nation that takes them far away from their homes, their families and their friends. They all have a sense of purpose, of mission, as they work to keep and improve bilateral and regional cooperation. The collective strength, effort and wisdom they bring to the Embassy are inspiring to me.

The cooperation we enjoyed during Cricket World Cup marked a new level of partnership with the region. Our country sizes may differ, but if spirit could be measured, we can say that our partnership is one of equal hearts and souls…

This new Embassy is a very visible sign of the commitment of the United States to the region.There is bipartisan support in the United States — in the Congress, and in the Administration — for continued engagement with Barbados and the Eastern Caribbean States. 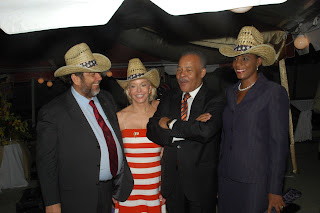 Shortly after this point was made – Mrs Ourisman invited the ppl attending to rip up some USDA cow, well-seared (prepared by Hilton Barbados staffers)!