Some contributions from Turkey and South Korea will boost the Kittitian government?s Information and Communication Technology (ICT) strategy for their federation.

Minister of Foreign Affairs Hon. Dr. Timothy Harris presented 30 computers from a donation of 50, to the Ministry of Education. The computers were donated by Turkey. In accepting the donations, Deputy Prime Minister and Minister of Education and Youth Hon. Sam Condor noted that this contribution was timely. 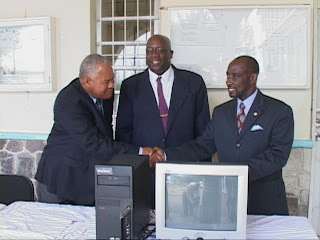 Minister Condor explained computer labs have been established in all public primary and secondary schools to expose students to the technology and expand their development and knowledge base.

Honourary Consul to the Republic of Turkey, Michael Morton promised that this was the first in a series of similar donations to be made. 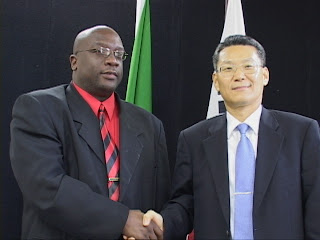 At a ceremony at the Parliamentary Lounge at Government Headquarters, Dr. Timothy Harris said this was a public show of the cooperation that exists between the governments and peoples of the Caribbean country and the Asian nation.

The minister explained that his government has identified ICT as an important medium that can be used to improve efficiency in the public and private sector. He added that continuous investment in this sector was critical as technological developments are fluid.

The Republic of Korea has pledged further assistance. More computers are to be donated along with generators for use during emergencies. The generators will be assigned to the National Emergency Management Agency.