Grenada represented in Mallorca Spain at the Superyacht Challenge Cup 2007

Grenada is quickly becoming one of the better known sailing and yachting destinations in the Caribbean – according to Port Louis Marina and Village Manager Danny Donelan, who’s just back from the Super Yacht Challenge Cup in Mallorca in Spain. He says the marketing which is being done by Port Louis Grenada on the international Boating and Yachting Scene is having a remarkably positive impact. 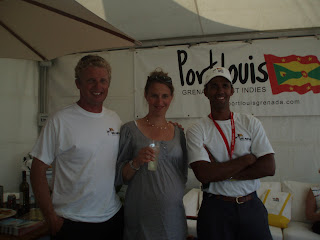 This year’s Super Yacht Cup was the largest super yacht regatta ever held. It featured fifty two of the world’s most expensive super yachts – Port Louis was a featured sponsor of the event.

As is customary, the Port Louis team set up an impressive display featuring the marina’s facilities, images and other aspects of Grenada, using magazines and tokens promoting both Grenada itself and Port Louis. 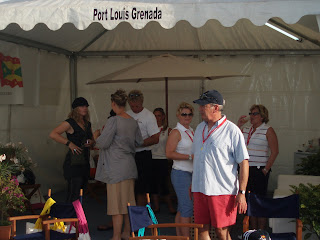 As development progresses, Savvy Grenada will continue to market Grenada internationally, and Pierre de Savary’s private plane, “Nutmeg One” has been known to catch the eyes of most at all airports as it carries the Grenada Flag on its tail representing Grenada all over the world.

The Grenada Flag that is featured in the logos has been helping to get Grenada on the map internationally and is carried with the blessing of the Keith Mitchell regime.