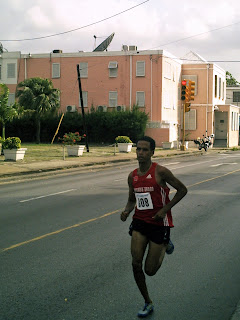 The race was a far cry from the original press release issued on the event – there were no regional leaders attending far less giving speeches at 8:00 am; race time was 7:30 am and not 8:30! As it was, I barely made it in time to see the semi-dramatic finish… Bajans did not do well, Leo Garnes had some joint trouble as clearly evidenced – 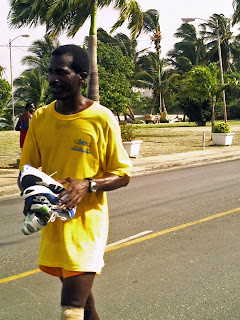 Then there were those who took their time – 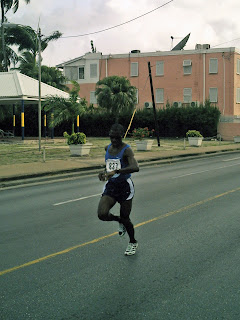 Others who pushed to the limit – 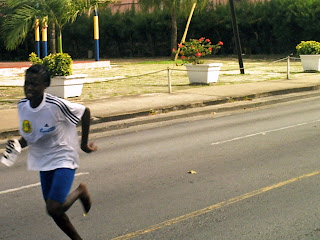 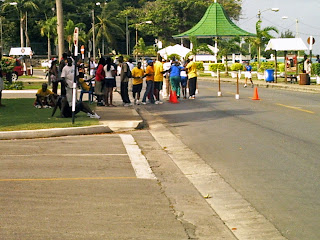 Meanwhile, Pamenos Ballantyne from St Vincent sailed in like Hermes – 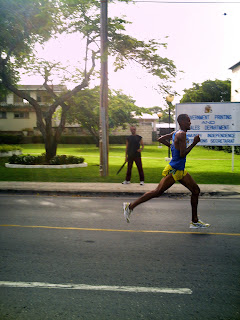 Equally confident was teenager Alika Morgan who defended her victory from last year, she could easily give Atalanta some trouble if she so desired – 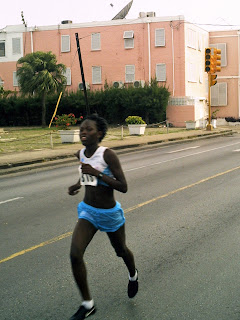 Edwin Carrington, Secretary General of the Caribbean Community was present to make a few light-hearted comments before the initial presentation of trophies and prizes. 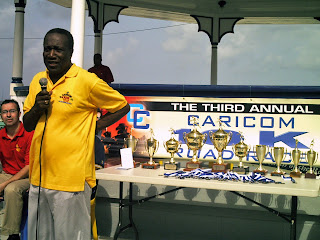 The awards are nothing to sneeze at for the hard working athletes – twelve-hundred CASH in US currency for the top male and female and then NINE-hundred US in cash all over again for the next best man and woman!

With a track record of five half-Marathons, two Marathons and 3 Heart Uh Barbados races under his belt, it’s no shock that Pamenos was the darling of the media – 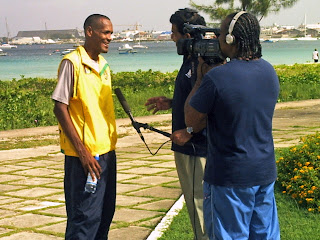 Everybody got a chance to chat – including ME, LOL! 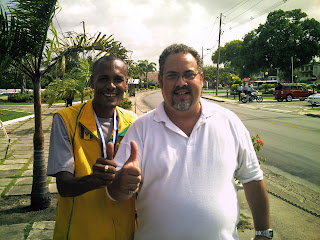 This is where it got intriguing, Ballantyne says St Vincent is yet to really and truly give him proper recognition and while he does not expect to get what Oba got for an Olympic Bronze, the young Vincentian says financial support would go a long way! 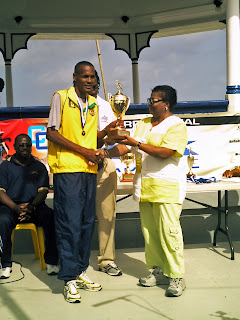 He says as a professional runner he needs to look at track suits, shoes and vitamins as tools of his trade and not mere luxuries – but all he’s earned from the Ralph Gonsalves administration is a Diplomatic Passport! His next event he’s got his sights set on is the Pan American Games… 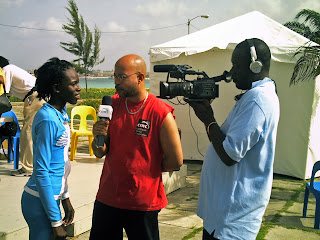 Alika is 16 yet competes as a senior and has been on the go competitively from 12, seen here celebrating her trophy – 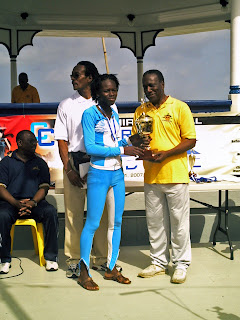 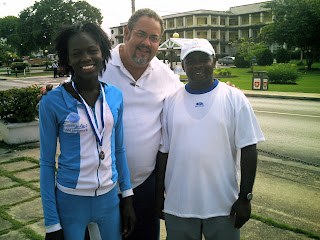 However, Stabroek News is making suggestions that things need not be so difficult for the speedster –

…investigations by Stabroek Sport have revealed that the young runner’s management team has been tardy at best and somewhat disorganized considering that the future of a potential world beater is at stake.

Director of Sport Neil Kumar said late last night that the National Sports Commission (NSC) was not approached for funding for Morgan despite the fact that the NSC had contributed to her efforts last year at the 10K run when she won the race. But Kumar has committed the NSC to giving two airline tickets to Morgan to defend her crown in Barbados saying that “she deserves it.“

Leslie Black maintains that a letter was taken to the Ministry of Culture, Youth and Sport last Friday, less than two weeks before the event. Black, as her trainer, must have known for an entire year that she won this race last year and would have to defend it!

As of yesterday afternoon the Guyana Telephone and Telegraph Company, which took out full-page advertisements in the print medium lauding the young runner for her success at the Hampton Games last month, and has been her major sponsor, still did not receive an official letter from the Blacks despite Leslie Black’s assertion that the race organizers needed confirmation on Alika’s participation by noon today.

A different story was given by her coach, Leslie Black, who claims that GT&T only came on at the last second and the Bharrat Jagdeo regime has been very lacklustre in support, due to her constant travels and use of vitamins and dietary supplements he’d like to see that a trust or fund be developed for athletes to draw on similar to a revolving loan for academic students.

Seeing how many original points of the race itself appeared altered at the last minute, there may be a situation where all sides have valid claims. So let’s stick to the known facts… 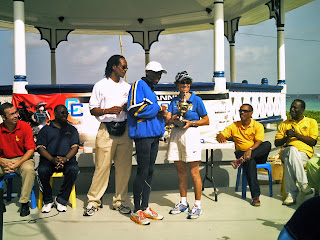 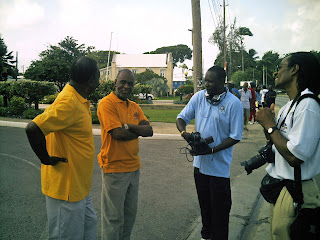 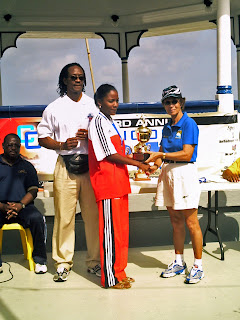 Male Junior: Sherwin Paul at 36:57 and Female Junior: Antonia Wilson at 45:30, both from the Spice Isle – Grenada!