?Holding On? continues to make ripples in small circles? So if you haven?t seen it yet then the next available showing is this Saturday, 28th July at the screening room at George Washington House, The Garrison Savannah.

Admission is Bds $20 which will include a glass of wine and a performance of the original song by Grenadian musician Cosmos ?Cozzie? Hagley ? Showtime? 7:00 pm!

It focuses on three sisters whose lifestyles and personalities are as diverse as the islands of the Caribbean. Challenged with changing circumstances they reunite to decide upon the fate of their beachfront home for which resort developers have made them an offer they can?t refuse… or can they? 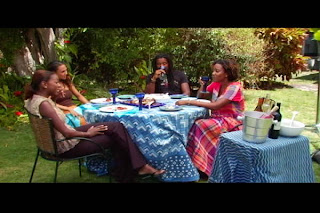 Stuck in the past, mother hen Mya?s (Varia) broodiness starts to spark some radical changes.

To progressive, pragmatic Sam (Marina) money is the easy answer and the only thing that matters? or is it?

And though Emma?s (Rosemary) star is rising internationally, she now realizes that maybe ?home? is a treasure not to be let go of so easily.

Scott (Sean) is the guy tossed into the mix, igniting some other possibilities. Secrets and surprises are revealed and it all gets a little crazy! 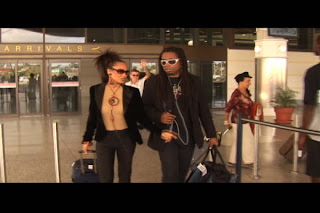