A former candidate for the seat of Bridgetown, a pupil of Roebuck Secondary (later Louis Lynch, now in St George ’til further notice), owner of enough cars to run a taxi stand… Anthony Carter – Cultural Ambassador of Barbados, will be setting sights in Antigua tomorrow to prove he can still cut it, according to Tropical Fete –

The Mighty Gabby – the only Barbadian to have won a calypso monarch title in every decade since the 1960s – will seek to capture the title of ?Caribbean Calypso Monarch? at this year?s Antigua Carnival. The competition is one aspect of the celebrations to mark 50 years of Carnival in Antigua. Producers of the Carnival, the Carnival Development Committee, will celebrate the golden jubilee in grand style with the competition that is expected to see contenders from across the region. 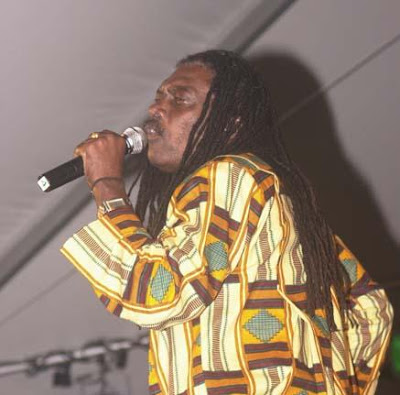 The July 28th show will feature calypsonians who must be 50 years or older and who have won the monarch title in their countries. Each artiste will be required to render two tunes ? an old one along with a new composition.

Can he do this, or is it time for him to join BARP, buy support diapers and look for Fixodent? I guess we’ll know by Sunday…