Atlanta-based 1720 Entertainment is proud to announce its partnership with Black Coral, Inc. for the global launch of the Caribbean’s one and only, original ?Queen of SOCA? ? ALISON HINDS? smash hit single, ?Roll It Gal.?

Her debut album entitled, SOCA QUEEN, will be released this fall. Since its initial release in 2005, ?Roll It Gal? shot to the top of the charts in Barbados, Trinidad and throughout the Caribbean almost instantly. The video for ?Roll It Gal? was No. 1 for ten weeks on MTV’s TEMPO (MTV network?s channel devoted to Caribbean Music, viewed in over 20 Caribbean countries). 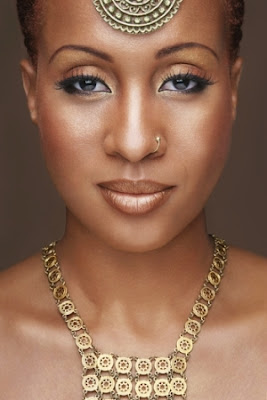 Having established her dominance by dint of proving her talent with Caribbean people, the British born ALISON HINDS is on an unstoppable roll to introduce the rest of the world to the power and passion of SOCA (SOuthern CAribbean) music. ?Roll It Gal? was the hit of the Carnivals in London, Brooklyn, and Miami last year. In addition, the single has been championed by none other than New York?s Hot 97 radio station and has received early airplay on several radio stations across the country from New York City, NY to Honolulu, HI.

Currently, the ?Roll it Gal? single is available as a ringtone with most major U.S. carriers including Verizon, AT&T and T-Mobile. The ringtone & full track mp3 is also available at Sprint as part of the Sprint Vision Package. The “Roll it Gal” video is now available as a video ringtone at Helio. In addition, fans can text ROLL1, ROLL2 or ROLL3 to 20421 to get multiple versions of the “Roll it Gal” ringtone.

?I found a partner in Terry Johnson, founder of 1720 Entertainment, who shares a vision of the future in the entertainment business that is in concert with mine and rises to meet the challenge of the digital frontier with confidence that we can make successes together in this new environment of Music/Media/Art and all content that matters to the consumer,? says Van Gibbs, President, Black Coral, Inc

“I couldn’t ask for a better partner in Van Gibbs and Black Coral,? states Terry K. Johnson, CEO/President 1720 Entertainment. ?The entire 1720 team is super passionate about Alison Hinds! Alison is an icon within the Caribbean community and together, we are committed to ensuring the world meets firsthand the Queen of SOCA… not only her inspiring music, but also the incredible person behind the music.”

ALISON HINDS is currently on a world tour, winning even more hearts and minds with her notorious live show across the US, Europe, Canada and the Caribbean.