Up Close & Personal at the Errol Barrow Centre: Snow-Cones and other Barbadiana – Sight Clash, Pt 2/2

Earlier this week we told you we’d be examining three styles of art, three different personalities and three ways to tell a story ? this was what met fans recently at the Errol Barrow Centre for Creative Imagination. 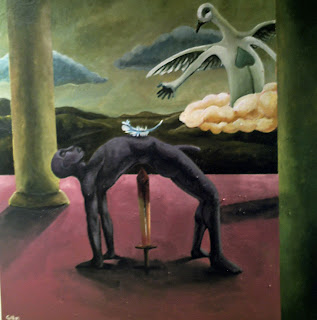 The occasion was to give the man on the street an insiders? view as to what makes Graham Gill, Chris Ishmael and Dustin Harewood ?aka? Jean Luc-Picard tick, when it comes to the creation of their works. 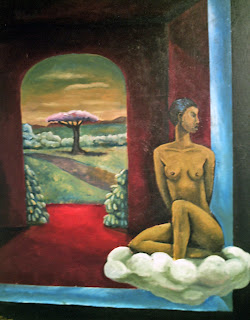 The audience was set out in a circle with the artists on the outer ring close to their respective segments. So questions were invited, then I made the mistake of suggesting Graham Gill?s work was based on the style of Stanley Greaves ? Mr Gill was very quick in stating his work has its basis in juxtaposing current situations of the day and pop culture. 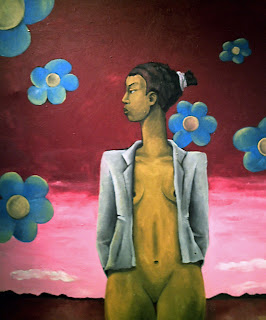 In this essence, you can say that while Greaves? work is known to have a political theme from time to time, Gill?s canvasses are more about social commentary instead. He then proceeded to seek to disprove my lucky guess (I had no idea at the time that Gill was a pupil of Stanley Greaves)… 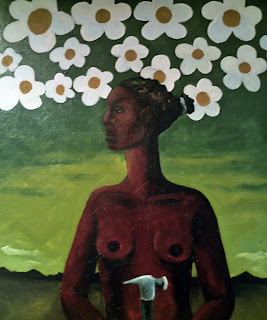 Take for instance in the two acrylics on canvas, respectively ?Desert Flower? A & B ? in Gill?s interpretation, with the flowers in the air and their use of male objects he?s examining the concept how women who gain corporate success tend to manufacture their own testosterone and lose their femininity so as to climb the ladder of success. The jacket in A, and the hammer in B, are the trappings the former flowers gain as they renounce their original nature. 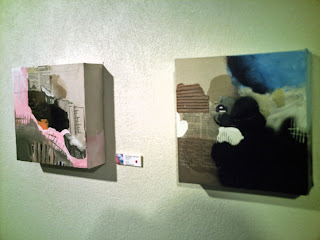 Dustin Harewood or Jean-Luc is more open on his own influences ? his snow-cone motif is a direct Bajan homage to Andy Warhol?s Campbell?s Soup Can paintings. Now an art professor in Jacksonville Florida ? the former Marvel Comics intern saw a wonderful opportunity to take a chunk of popular Barbadian Culture and have a go at transforming it into Pop Culture! 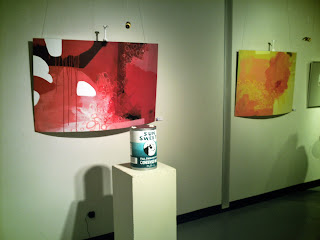 Large, nearly Jackson Pollock-like splashings of purple, red and yellow with gold respectively called Grape, Cherry and Pineapple with a huge can of condensed milk in front of the trio of flavours which have bees dipping at their dispensers on top ? making for a three dimensional tableau of a snow cone cart? Literally, one has to step back and look at the big picture! 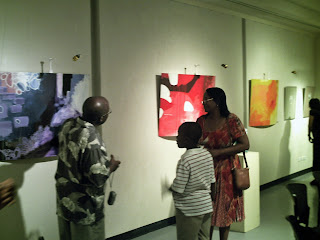 But time is running out, you have until the 30th, that’s the last day for Sight Clash 2007!