The United Kingdom has kept a close eye on the twin island Republic since the very recent JFK shocker that has rocked the world… Despite recent efforts by TT in promoting their Republic as a great place for business or pleasure, this new cannonball has appeared for them to dodge… The UK’s FCO branch decided to re-issue a travel advisory that has been on the shelf for a while – 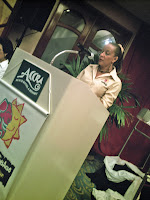 You should be aware of the global risk of indiscriminate terrorist attacks which could take place in public areas, including those frequented by foreigners. There were five separate bombings in Port of Spain between July and October 2005, in which a number of people were injured. These incidents look to have been domestically-motivated. Apart from being aware of Jihadists, Trinbago is not much better when it comes to Crime in general

Crime
Trinidad
There is a high level of gang related violence and crime in Trinidad. Incidents are concentrated in the inner city neighbourhoods east of Port of Spain’s city centre, particularly Laventille, Morvant and Barataria, but can occur in other areas.
Theft from vehicles and property can be a problem in parts of downtown Port of Spain and in other urban areas. Cruise ship passengers should take particular care when walking around the docks and downtown, and should avoid straying into areas affected by gang violence. There has also been a worrying increase in robberies and break-ins in all areas. A British national was robbed at knifepoint in the Woodbrook area of Port of Spain in May 2007.There has also been an increase in attacks, some involving the use of firearms, at tourist sites, including Fort George, the Pitch Lake and also at car parks of supermarkets, shopping malls, nightclubs, restaurants and business premises. Since January 2005, four foreign nationals have been shot. The most recent was on 4 March 2007, when a British national was shot outside his home in Westmoorings. 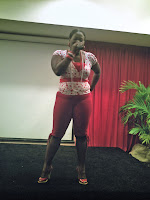 You should not carry large amounts of cash or wear eye-catching jewellery. Use hotel safety deposit boxes to store valuables, money and passports. Do not walk alone in unlit areas at night time. Do not resist robbers or muggers.

There was a spate of kidnappings for ransom in Trinidad between 2002 and 2005. This activity decreased in 2006, but remains of concern. Although kidnapping does not appear to be targeted at foreign nationals, a British national was forced into a car on 14 June 2006 while walking alone in an isolated area after dark before managing to escape.

Tobago
Although most visits to Tobago are trouble free, crime against tourists in Tobago and the inability of the Tobago authorities to apprehend and prosecute the perpetrators remains a concern. T 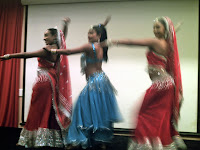 he authorities on the island are taking steps to improve the situation and police response times have improved. There have been a number of serious robberies against tourists in recent years. Some of these incidents were accompanied by violence, including rape. An elderly British resident in a central village was violently sexually assaulted in February 2006, since when there have been sporadic robberies including reports of violent muggings as recently as March 2007.
There were several serious attacks targeted against privately rented villas in the south west of the island in 2006 and incidents continue to be reported. Caution is advised if renting villas in the south west. At villas throughout the island, you should ensure that adequate security measures are in place, including the provision of external security lighting and 24-hour security officers. You should also ensure that you have a mobile phone with you that has roaming capability for use in emergencies. Theft from cars has increased.
There have been armed robberies and sexual offences against British nationals visiting isolated beaches including Englishman’s Bay and King Peter’s Bay. You should exercise extreme caution when visiting remote beach areas without organised tour groups and appropriate security measures being in place. If in doubt, you should consult your tour operator or hotel staff. Country areas are best visited in groups. 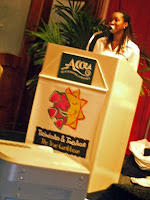 At tourist attractions, use official guides and agree a price before you set off.
As in Trinidad, do not carry large amounts of cash or wear eye-catching jewellery. Use hotel safety deposit boxes to store valuables, money and passports. Photocopies of valuables such as passports, tickets, driving licence and travellers cheques should be kept separately. On your day of departure, ask your hotel to store your belongings until airport check-in time. Tourists should be aware of their surroundings at all times. Do not resist robbers or muggers.
For more general advice see the Victims of Crime Abroad.

They also warn of how poor TT can face a number of earthquakes, anyone looking at this would think TT is somewhere to avoid like the plague –

We strongly recommend that you obtain comprehensive travel and medical insurance before travelling. You should check any exclusions, and that your policy covers you for the activities you want to undertake. Please see: Travel Insurance

In some areas, medical facilities can be limited and may not be up to UK standards. Private clinics are able to treat most ordinary problems, but there may be a need for medevac to Miami or elsewhere in cases of serious accident or illness. You should check that your insurance covers this.

There is a very high prevalence of the HIV/AIDS virus in all the Caribbean islands, including Trinidad and Tobago. You should take precautions to avoid exposure to it.

Dengue Fever is endemic to Latin America and the Caribbean and can occur throughout the year. In 2007 there has been a marked increase in the number of reported cases of dengue across the region. Dengue Fever is found throughout Trinidad and Tobago. There is no vaccine to prevent dengue fever, which has severe flu-like symptoms and can sometimes be fatal (Dengue Haemorrhagic Fever). To minimise exposure to mosquito bites and avoid being bitten you are advised to use mosquito repellent regularly and cover up with suitable clothing.


You should seek medical advice before travelling and ensure that all appropriate vaccinations are up-to-date. For further information on health, check the Department of Health?s website at: www.dh.gov.uk.

I am not saying that anywhere is peaceful and idyllic, but to jump on a bandwagon because the American media have found a few fringe lunatics (I wonder if anyone questioned them as to who their true masters may be?), is really kinda irresponsible and perhaps more research is needed before sounding an alarm.