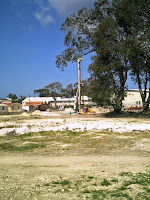 What a way to spend a Saturday at home if one chose to… Sounds of construction blaring through your rafters! While my work-load was hectic this week I could have updated the News-Blog, yet I nevertheless left the Strathclyde article at top story for a while so all of the Media could look at it! Yes, some have done stories indirectly surrounding the topic, but not done from the angle of the Smalls, Clarkes and here at Bothwell must endure…

THE EMMERTON RELOCATION PROJECT is “moving along smoothly“, says Minister of Housing and Lands Reginald Farley.

He told the DAILY NATION recently that “work continues apace” at Barbarees Gardens, St Michael, where residents of 52 properties in the City district are to be moved after suffering for upward of 20 years from the stench coming from the nearby Bridgetown Wastewater Treatment Plant.

SOME EMMERTON LANE RESIDENTS may be able to move into their new homes in Upper Barbarees Hill, St Michael, in less than seven months.

That promise came from Minister of Housing and Lands Reginald Farley when he spoke with the WEEKEND NATION on Wednesday.

“We are progressively moving along,” he said. 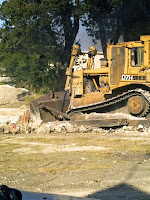 “Work started early last week on the houses. The foundations of the houses have been cut and poured.

“The last projection date of completion has us coming in earlier than our previous calculation of March 2008 and we anticipate that it will be finished before then. If I am not mistaken, construction should be done by January.

So much for comments from Mark Cummings to the National Trust, eh? In fact a sympathetic resident who chose to remain anonymous said this to me –

In the 1980’s it was hoped that preservation areas such as Strathclyde would have been protected. Mr. “Tom” Adams was devoted to the preservation of Barbados’ architectural history.

I do not believe that proper legislation was ever put in place, following the listing of buildings and conservation areas. I doubt that the developers of Strathclyde had put covenants in place. Therefore, sadly anything could happen.

I tried to get answers from the present Chief Town Planner regarding “Heavy business” in Strathclyde. He told me that a report was pending. It is still pending for the past four or five years.

As you have stated, Strathclyde has had a bad reputation and in the view of many, if Strathclyde disappears all the problems we experience in Barbados would vanish.

I think that it is extremely rude and arrogant that they did not to have meetings to advise the residents who have lived here for so long.

I do not suppose that the representative expects to get votes from Strathclyde. Maybe as a campaign promise he will give us the long awaited speed bumps to sooth our anger.

All I can say is …Life goes in cycles. What goes around comes around. They too will suffer.

I suffer with you. 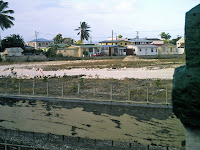 The Town Planner in addressing the National Trust stated that Strathclyde was a Conservation Area, worthy of being preserved.

In my view, he is not respecting that since he has allowed the following.

1. The isolation of one section along Strathclyde Crescent from The Conservation Area.

2. Cut a road off Strathclyde Crescent to service the new area being developed. In so doing separation one part from the whole Conservation Area.