Digicel has joined forces with the West Indies Cricket Board (WICB) to launch the Digicel Cricket Scholarship which will give young West Indian cricketers the unique opportunity of playing cricket in England and other major cricketing nations.

Windies fast bowler Jerome Taylor is to be the first recipient of the Digicel Cricket Scholarship and following the present West Indies U.K. tour, will join English county, Leicestershire. The Digicel Scholarship programme is designed to give young players the opportunity to develop their skills and careers through playing competitive cricket abroad.

Digicel has facilitated Taylor?s placement at Leicestershire and will cover salary and all other additional costs to enable him to join the county?s staff. The Windies Team Management will maintain contact with the Leicestershire coaching team, led by Tim Boon, throughout the season to monitor Taylor?s progress. 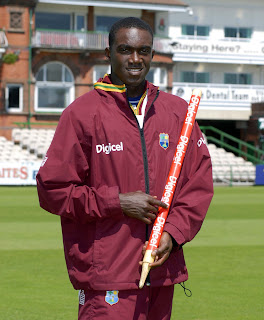 The 23 year old bowler follows in the footsteps of West Indian pace legend and current selector Andy Roberts, opening batsman Phil Simmons and bowler Winston Benjamin in joining the Leicestershire team at Grace Road. He is one of the most promising young cricketers in the region and has played in 12 Tests and 35 ODI’s for the regional side.

As sponsor of West Indies cricket, Digicel most recently announced funding of a team psychologist and specialist fielding coach for the England tour. Other initiatives include support of the West Indies A tours, funding a fitness coach for the Windies team and the establishment of a team and player incentive programme worth up to US$ 6.65 million.