On July 1, 2007, several CARICOM Heads of Government will attend the annual CARICOM 10K Road Race; this year, to be hosted in Barbados, under the theme: The Health of the Region is the Wealth of the Region. The race will start and end at the Bay Street Esplanade, opposite the Office of the Prime Minister. 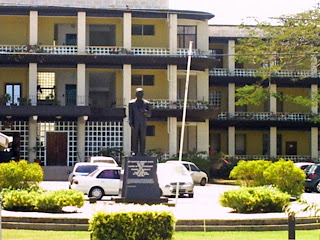 Set in the belief that maintaining good physical and mental health of our citizens is critical to the success of the Community, the CARICOM Secretariat is working in tandem with – The Barbados Amateur Athletic Association and the National Sports Council in the third staging of the 10K, which coincides with the Annual Regular Meeting of the Conference of Heads of Government of CARICOM.

Following a brief welcome from the Heads in attendance at 8:00am, the starter?s flag will go up at 8:30 to signal the beginning of what promises to be a gruelling yet exciting run.

This year, the event is expected to attract some of the best distance runners within the region with further participation from an enthusiastic visitor community (tourists) in Barbados. The event has attracted support from private and public sector entities such as CLICO Insurance Company, Guyana; Mount Gay Distributors, Barbados and Barbados Tourism Authority.

It will feature the defending women?s champion, Guyana?s Alika Morgan, who is also the Silver Medallist in the 3, 000 metre event at the 2007 Junior CARIFTA Games. Pamenos Ballantyne of St Vincent and the Grenadines, will also be defending his title at this; the third renewal of the CARICOM 10K. Held in St. Kitts and Nevis last year, the CARICOM 10K saw representation from some ten member states with over seventy athletes responding to the starter?s signal.

An additional highlight will be the participation of Primary Schools athletes in a 5K run.