Barbados is Trinidad?s Third Largest Tourism Market: Plans for Port Of Spain to double their room capacity by end of 2008 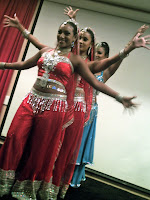 After North America and the United Kingdom, Barbados is the next lucrative tourism market for Trinidad and Tobago – for both business & leisure!

This was one of the revelations most recently at the Accra Beach Resort when the Tourism Development Corporation of Trinidad & Tobago (TDC) held an expo for travel agents and other agencies.

Pat Christopher of the TDC, bragged of her voluntary switch from energy to tourism as to how key that segment is to Trinidad‘s coffers, she also noted that Barbados is a major component in Trinidad achieving developed status by the year 2020. 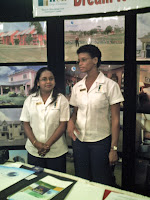 Then Jason Baptiste, the TDC’s Marketing Mgr, explained how certain statistics play a major factor in the TDC‘s sales pitch – the major age category visiting the twin island republic is the 30 to 49 demographic; out of this sector, 35.9 % were primarily for leisure while 21.9% came to TT for business.

35% stayed for a day or up to three, but 42% stayed anywhere between four days to a week. The accommodation factor was very revealing – 57% stayed with friends/family/private homes but only 22% stayed at hotels and 17.5% roomed in at guest houses.

In Jason’s view, this is because TT only has 1500 rooms available but there are plans to increase that 100% by December next year… The Mktg Mgr then played a JCD presentation which spoke of plans to create a Port Of Spain Waterfront Facility. 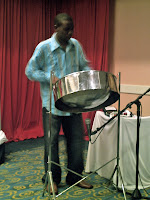 Even the Tobago Hilton is looking to lay out 45 million U$ to upgrade their already spranxious accommodations.

Jason also mentioned upcoming events in the twin island republic which may be of interest to Bajans – a Tourism Park from the 12th to 19th of Aug; the Tobago Festival during the 1st two weeks in September; Steel Pan Jazz in October and the fact Carnival in 2008 is very early! February 4th & 5th apart from the phenomenally growing Plymouth Jazz Festival of Tobago in next April… 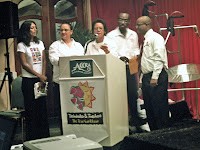 Our concern is that Caribbean Airlines which has taken over BWIA has jacked its rates as the variety of carriers is temporarily narrower at the moment – what do the hoteliers and boarders over in TT do now? Until flight fees are properly regulated, they can do like their North American counterparts – for instance, if you agree to stay five days then you get a sixth night free or if you book three days then breakfast or lunch is free on two of those days… Offer an incentive that is not prohibitive for the vendor yet tempting enough for the buyer!

As it is with St Lucia and Barbados, in order to defray flight costs there is a partnership with American Eagle as we learn from Caribbean 360 – 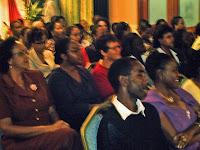 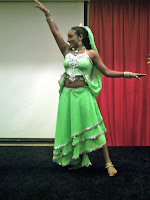 Within recent months there has been a big outcry across the region over high airfares being charged by the merged airline comprising LIAT and Caribbean Star, previously two fierce competitors which helped to drive down fares. However both have cited uneconomical traffic. LIAT has had numerous bailouts by Caribbean governments, the most recent requirement was US$50 million which was provided through a loan by Caribbean Star as part of the merger agreement

Yet something has to give, if intra-regional flight is to return to previous levels, as it is now it is cheaper to fly to Miami or NY than move within your own backyard, therefore subsidising (either from regional Private Sector agencies or Governments in the basin) will have to be revisited! 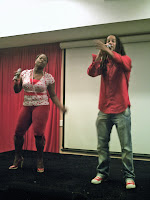 The Trinidad & Tobago fair was wrapped up with some truly adept pannistry from Darryl Reid, sweet swaying from CLICO‘s Shiv Shakti Dancers and a taste of soca with Kees Dieffenthaller and Nadia Baptiste – he now goes by the name of Kes and has pretty much dropped his Rock pastiche…

There were giveaways for the travel agents, but by far the highlight was when Wendy Burke of the Nation wukked up with Kes after he dragged her from the audience, so sorry my camera was not on at that point!