What’s an “Undocumented” Guyanese? Come to the Bay Street Esplanade on May 27th to learn…

The Guyana Honorary Consulate in will this weekend honour several Guyanese whom it termed ?unsung heroes? in helping to build and the good and friendly relations between the two countries.

They are Michael Captain, a First Mate with Tall Ships Catamaran Cruises; Coleen Wilson , a welder with Williams Industries; Mona Aguilar, a housekeeper at a private residence and Jairam Tulsiram, a small farmer. A Barbadian with ?Guyanese connections? is also expected to be honoured. 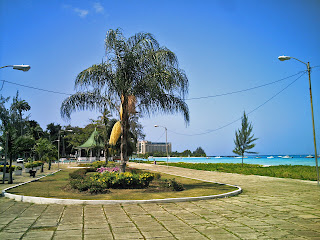 In their release, the Consulate added the ?modest, symbolic? awards would be presented at the Consulate?s annual Picnic/Fun Day slated to come off Sunday, 27 May at the Esplanade on . The occasion is the 41st anniversary anniversary of ?s date.

It was also stressed the free Consulate function was not only for the average Guyanese national in the island. The ?longer established Bajan community? was being encourage to come out and further interact with Guyanese.

?We want Bajans to come out. This is not just a Guyanese thing. Indeed, many Guyanese who have married Bajans have promised they will attend. We have some excellent Guyanese food on sale and there will be Guyanese entertainment as well as Barbadian singers. We must continue to work together to make and even better place for all of us,? said the release..

Aside from the Guyanese food and drinks, an entertainment package made up of Guyanese and Barbadian performers is on the cards..

The function is one of several organized every year by the Consulate, representing the government, for Guyanese nationals who are either resident, on work permits, undocumented or tourists in .