As if the roads are not messed up enough? Get ready for some more vehicular tic-tac-toe! Check this out –

Motorists using the ABC Highway are warned from Monday, May 14, northbound lanes on the stretch of road south of the Garfield Sobers roundabout will be closed to vehicular traffic.

This is to facilitate the upgrade of the northbound lanes in this area by Rayside Construction as work on Barbados? Road Network Infrastructure Improvement Project ? ?Operation Free Flow?, continues.

Vehicles traveling north will be restricted to one lane only and will then be diverted onto the southbound carriageway where they will continue north towards the Garfield Sobers Roundabout for approximately 300 metres. Traffic will then divert back onto the northbound carriageway approximately 100 metres before the roundabout, where two lanes will again be available. 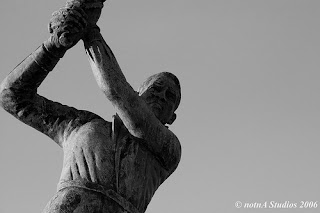 Vehicles traveling south will remain on the southbound carriageway but will be restricted to one lane only just south of the Garfield Sobers Roundabout for approximately 300 metres. Thereafter, two lanes will be available as normal.

When the work on the northbound lanes has been completed, work on the southbound lanes will commence resulting in similar diversions. The existing median will be removed in order to allow traffic to cross from one carriageway to the other and all temporary detours will be adequately lit.

Motorists are asked to reduce speed, approach this area with caution and obey the directions of the traffic wardens in the interest and safety of all and can call the Barbados Road Network Infrastructure Improvement Project ? ?Operation Free Flow? 24-hour hotline at 436-1326, for more details.