The Night the lights went out in Fontabelle: What the Barbadian LOC did not say on Clearly Wasted Cricket 2007 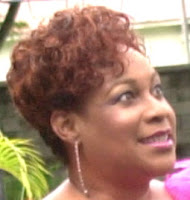 Dr Allyson Leacock, after her stint at CBC, switched initials and became part of the LOC – Local Organising Committee, the ppl who enforced what the ICC wanted for traffic rules, water bottles, sponsorship, music & food for the Clearly Wasted Cricket or CWC 2007…

Now, she has come forward to attempt to shed light on the travesty that was the Closing Ceremony designed by – Steve Austin? Oops, that’s the Six Million Dollar Man! Um, oh yeah, Peter Minshall – The Million Dollar Trinidadian!! 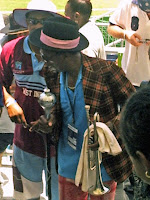 She gave her version of why the ceremony was not televised, AS ORIGINALLY PROMISED –

The … presentation was designed to take place before nightfall and was created to provide a Caribbean backdrop to the celebrations by the winning team. By the time the creative presentation started, it was very dark. As a result, while there were a few backup lights in place, the full effect of the ?Cricket Nation-Celebration? was not felt, particularly by television viewers and the Host Broadcaster was also left with little transmission time to feature a lot of the activity on the field. 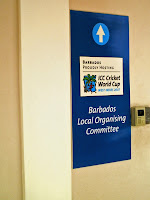 So you mean to say the Host Broadcaster could not have cut some slack? How often has the Budget or cricket summaries delayed bulletins in Barbados or the rest of the Caribbean?

Further, why were no provisions made for play dragging on? CEO Stephen Alleyne offered this excuse –

?The Board of the LOC, with the knowledge that stadium lights were not required for CWC 2007 given the player regulations, made the decision to maximize the stadium capacity for the tournament. 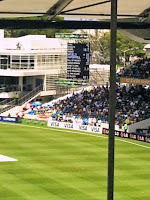 The erection of lights is within the budget for the post-CWC development and are expected to be in place within the next few months.?

Uh… Next few MONTHS? Do you wait for a hurricane to rip your house to shreds then get stocks and barricades? Just because it happened to Grenada does not necessarily make it right! Can we say PREVENTATIVE MEASURES? If no illumination can be bought and installed in time, then rent two sets of lights just in case! The ICC can afford it – or can’t they??

Francine Charles of the Corporate Communications Dept added her bit as well, she says the LOC was just as disappointed as the NCF, Minshall and the young volunteer dancers… Ooh, I guess that makes it okay? This is her take on that lost video for the ceremony –

“…the upside is that the thousands who were at the stadium, the majority being visitors, 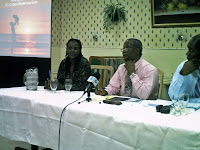 were able to enjoy the presentation and responded very positively though the light was not perfect. We will now explore with the ICC the possibility of the images from the Closing being effectively used within the BTA?s international marketing programme.”

Can you hear most folks? They are very likely shouting – I want my ceremony! They don’t care if fans at the Oval saw, what about folk who stayed home? As for using the BTA’s Int’l Marketing Programme to show pictures of the Closing? Hello?? Can anyone say TELEVISED FREE AT A LATER DATE??? As in a make good for the most important disappointed customers of all – the ppl where the venue was held? As in, the Caribbean, or are are we yesterday’s diced chicken liver??

Where were the guests? The yachts? The floating cities? Ppl on alert and spinning their wheels in the mud that was Clearly Wasted Cricket!

How sad, an event held in the Caribbean treated the most important asset that makes this part of the world unique, its own ppl – we were thought of as less than the dirt scuffed off the end of a wicket stump! Worse, we allowed it, praying against intuition that we would be rewarded for all of our sufferation, hah!