Well, I finally learned the difference between slammin’ and an open-mic session! At the Limelight Cafe in Cavans Lane, Le Mot Juste held its 2nd session of performance poetry there. From the group Garlex, Garvie was the emcee for the night… 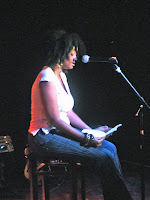 Open Mic is when authors bring pieces to air for the audience and there is no time limit in delivering the poem.

Slammin’ is also known as freestyle, this is more interesting – you have 60 seconds to compose a poem for three minutes of improvisational delivery, after having just learned what topic to tackle! In the last minute of your delivery, the next poet has 60 seconds to craft his work and so forth… And the audience decides who’s the winner!

When I reached the cafe, I had just missed Jomo Lord unfortunately, but I was in time to hear the works of Melissa Goddard, i-Trina, DJ Simmons (both he and i-Trina had tributes to women – whereas i-Trina was clever in her tying in “womb” to “woman”), plus Collette Sealy – her “All Fall Down” which was composed after a break-up was very bittersweet a la Alanis Morrissette; as well as Debbie Callender who had a very thought-provoking delivery on what makes a serial killer attack young defenseless girls – in her view, Barbados in its glossing over serious matters allows evil to fester. 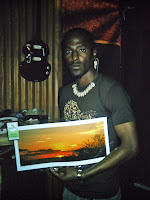 But the clear winner for that session by dint of the crowd’s cheers was Adrian Green… His very powerful presentation of “Ancestor” rocked the house! He had effective use of echo in his handling the mic, it was like a prayer selected by Bob Marley yet not Rastafarian alone but embracing all faiths, including Islam. 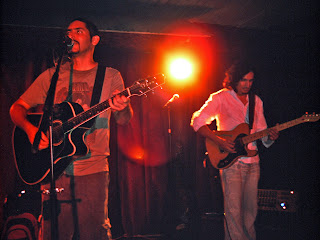 Then it was time for Kite‘s first session of the night (this group was discovered by Nick Van Eede when he used to live in St Philip)! They unleashed on the Limelighters their “Beautiful Sky” which is from their forthcoming album “Thirteen Degrees North” as well as their version of the title track of Supertramp’s landmark classic album, Breakfast In America. They also did “Firefly” which was featured in an episode of Ghost Whisperer with Jennifer Love Hewitt.

They gave way to the next segment of Le Mot Juste where Garvie advised the ppl to use the mic accordingly – “…play with the shaft and not the tip!” which had the ppl in a roar of laughter at the clever innuendo. The contestants seemed to follow his advice for the most part, as incidents of feedback and distortion diminished significantly. 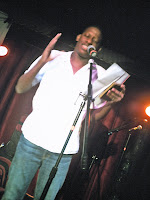 Omar Robinson (chef in waiting) was part of the next area, I did not agree with the crowd in leaving him out of the running for his “Sell-Out” but I guess they were scared of whatever political fallout could occur from supporting his poem that railed against the selling of property to foreigners and the sale of our birthright to the ICC for cricket. The conclusion was magnificent, he had a sweet pun – “I’m on my **cell** so I’m out!“

As the judges deliberated on that segment Garvie did his own slam, “Alphabet” a rail on foreigners who think they know everything there is to be or do in the Caribbean – “…now I said my ABC’s, next time pls don’t mess with Me!“ 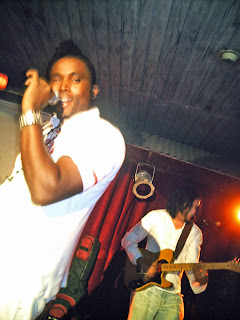 Also competing at this juncture were Jamal, DJ Simmons, Sean Field and Adrian Green. Adrian held the crowd’s attention once again with the topic he was given – “All Circuits are busy“, Sean Fields was given the topic of “Pls Teacher” and he had the audience in stitches as he dissed everything from CWC 2007 to his other competitors! 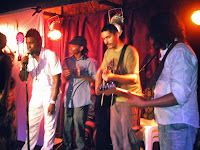 As a decision was being made, Kite resumed with their hilarious Macaroni Pie (tribute to Brian Lara) which they say they will release as a separate track for Crop Over 2007. The winner for that segment was DJ Simmons, who also SLAMMED the Cricket World Cup and their price of a Banks Beer at seven dollars! 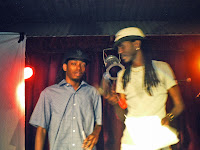 Both Garvie and Levi King did guest-slams at the end in an impromptu jam with Kite – it seems Enrico Bohnne is going to Japan to teach English, but Le Mot Juste has a sufficient committee to keep the jams going even as he teaches Japanese to say f**p and r***h*le, JK, JK, JK – LMAO!