Those of you who saw “De-Lovely” a film about the life of Cole Porter, may recall the following song that was actually a hit tune for Frank Sinatra… 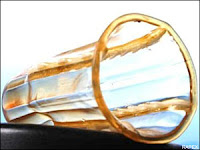 So what does this have to do with combatting the scourge of rape in South Africa? Everything! Imagine if it was real? Under. Your. Skin. Deep. I mean foreskin, and so on… A 21st century chastity belt fighting what can be one of women’s worst nightmares –

RapeX is a female condom that damages a rapist’s penis after penetration with sharp microscopic barbs that hook into the skin.

After the man is incapacitated, this ostensibly gives the woman time to escape. 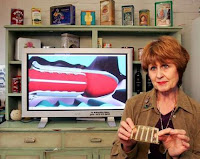 The condom can only be surgically removed (thereby catching the perp redhanded), but supposedly will not cause major damage if removed immediately.

Invented by Sonette Ehlers, a blood technician at the South African Institute for Medical Research, RapeX has been in existence since August 2005 and is to be inserted and worn when a woman is “on a train, working late, going out on a date with someone you don’t know too well, going to clubs, or in any situation that you might not feel comfortable or even just not sure.”

I thought this was a joke, even though websites were listed, but further research shows that Australian media and the LA Times have been tracking this device for at least 2 years now and word of it has only now reached our shores (thanks to Baby Girl – a former CBC colleague at a prominent car accessory franchise)!

The device is not just some random act of cruelty, if you know what happens in the land of the Zulu on a regular basis, you may ask to help manufacturing them –

Rape plays a significant role in the high prevalence of HIV among women in South Africa.

South Africa is a country hardest hit by AIDS, a lot of which is fueled by an epidemic of rape: In a 2006 study of 1,370 South African men, nearly 20% revealed that they had raped a woman (and these are the ones ADMITTING it!)

By the end of 2005, there were five and a half million people living with HIV in South Africa, and almost 1,000 AIDS deaths occurring every day.

Ehlers, who has been working with rape victims for over 20 years, said that she got the idea from a combination of a young woman raped who said “If only I had teeth down there,” and hearing about a young man admitted to a hospital for getting his penis caught in his trouser zipper and the excruciating pain. 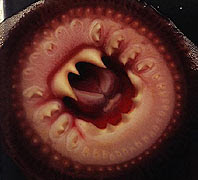 RapeX is currently not available commercially, but the Web site says it should be available soon, and would retail for a little more than a regular condom.

So far there are no known cases where the device has actually been doing its duty… Yet according to Gizmodo, the device should be available commercially before the year is through, but they claim the inventor is a MAN, you know better from the pic above… Going out tonight? Watch it, you can wait –