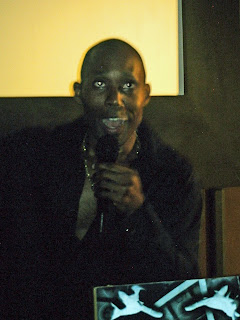 The Kite Flyer is the latest addition to the Bridgetown Film Festival 2007, another “street soldier” action picture – Thom Cross directed the US $20-thousand dollar film which was made in eleven production days; this movie had other big differences when placed in conjunction with other contenders from similar perspectives! Dr Sean Russell learned videography to assist in seeing his baby go from thought to screen!

There is mild use of language, some clever (Jamal’s mother as done by Cicely Spencer-Cross calling Varia Williams‘ character, “Ya Sour!” when claiming Varia was jealous of Cicely’s new new lifestyle) and others quite inventive 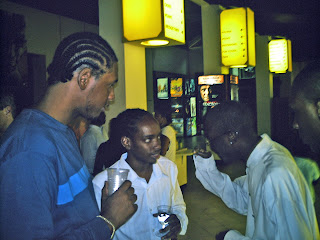 (Levi King is the title actor from the movie and when confronting the loony leader of a gang asked the man if naturally talks C*NT or did he have to study for it? Man, the audience bawled for murder!) and therefore did not not create that much turbulence for the packed crowd at the Olympus Theatre last night…

There was a mild hiccough at the start when the DVD projector had some trouble reading Sean Russell‘s disc but this was quickly resolved and the audience calmed down after a quick reassurance from Kerri Branch of the BFF.

The difference that Kite Flyer has with other films of the drugs/gang genre is that this is a comedy-drama! 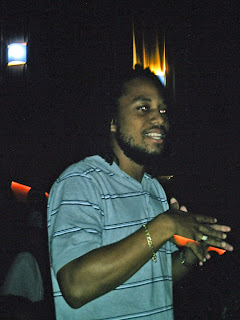 There is a part where the secretary of Samud Ali‘s character tells a kidnapper to read the Book of Psalms as it is very soothing!

Samud plays a Bank Manager of an entity called Scimitar (it seems to me this is in reference to a very eerily echoing type of case privately unfolding at a fiscal conglomerate of a similar sounding name), who ends up laundering money for The General – played to psychotic effect by Andrew Pilgrim – just so the Mgr can keep his cocaine habit running!

This is a sub-plot, the main meat of the movie is Jamal (Levi King), a teenager verging on adulthood and his stormy relation with his step-father, which reaches a horrifying impasse that leads to Jamal turning to a life of crime and the spinoffs as a result of that decision which was in a way forced on him from a vile punishment from his late stepdad… 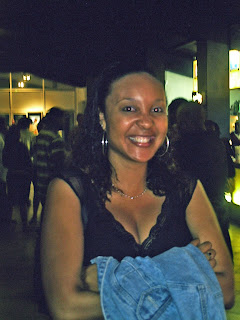 There were plenty of recognisable spots – such as outside of Players Club in Worthing (they have a great Pub Quiz every Tuesday night), the Apple Tree Bar in Wildey (an After Party was held there last night, but an appearance on Mornin’ Barbados for the finale – From Barbados With Love prevented BR from enjoying such a spectacle), apart from the East Coast there were areas along St James and other districts which were spotted!

After the viewing of the film, the creator of Kite Flyer (writer/ producer/cameraman)- Dr Sean Russell, spoke with the audience… 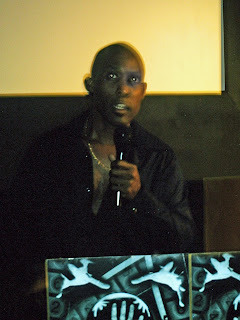 Bajan Reporter was able to learn that while it would be enjoyable to have the KF on a run at the Olympus, he is still not ruling out the possibility of selling the picture as a Direct-To-DVD project!

There are some areas I’d love to see tightened up – the part where the BMW taxi collects Jamal for the 1st time for his new life as a Lieutenant needs more brevity; the same editing has to be especially applied to the part where Jamal & Angelique (Rhea Ramjit is the intelligent spitfire who becomes Jamal’s main squeeze, she is also Samud’s daughter in the flick) are heading for the East Coast for him to reveal his once innocent side – those segments tended to drag, even the audience could be heard muttering to get to some action! 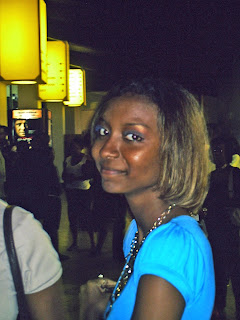 Another tip, so to speak, I’d like to see the actors be encouraged to be more spontaneous? Some of these ppl I know personally and I know what calibre they are capable of, and I didn’t feel them giving their all at all times – Thom Cross is a man who can coax a cowboy to turn vegetarian, so his talent as a director and script-writer needs to be tapped to the fullest. It’s just a thought and no offense meant!