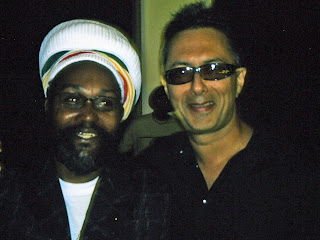 Let it be stated up front – a massive big respect for the crew involved with the local movie “VEXX” both in front of and behind the lone camera used… Stamina, heart and more went into getting this show on the road and that was no light stroll up a slow hill {Another matter up front… this entry may have words or language that may make make fleets of sailors blush – it’s not for the faint-hearted! Sorry, but bear with me…}! 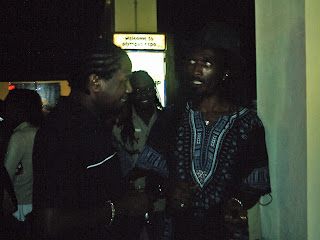 It’s part of the soon-to-finish Bridgetown Film Festival… and, having just witnessed the spectacle that was called VEXX, we had to have a quick talk with Bongo Lights – the man in charge of Rawted Productions (play on Jamaicans’ fave cussword – rah-tid = like Barbados‘ ra***ole). BR was at the debut of VEXX at the Olympus, this is the 2nd film for Bongo Lights – the 1st was “Tek Dem Out” with Peter Ram – so BR asked the man of the moment if Barbados is to have a successful expansion of the movie market into overseas territories and given there are many foreigners who perceive of Barbados as a Jamaican parish or district; and that Jamaica itself is viewed as a hive of crime with some protected fortresses of paradise – what kind of message do we send to visitors with this picture?

Bongo was quick to counter that both the USA & Jamaica make violent films. Action pictures allow for little or no budget; in fact – he claims he wanted to make a children’s film with no cursing and get it sponsored as well, but money for the project was withdrawn at the last minute. 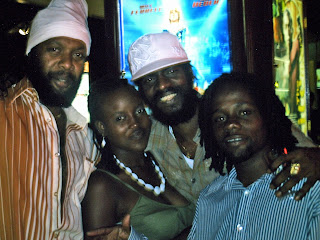 When BR approached another cast member on the matter of the film’s language (if I was to get $100 every time a man called another P***Y**LE, it’s likely I would be fairly well-off separate to my salary for the rest of the year – this is separate from the use of R*****LE, C*NT, “Fa** you“ and “Ya P***y“, if a fine was paid by the word? Then the VAT office would have to step in!), and he was very rapid in stating this movie was extremely real in its language and hit the right note, and “VEXX” was not exaggerating the cursing heard on “the streets” every day!

Harry Potter all over the world has scared ppl before and after the books turned to movies with its so-called magic spells to the point that folks would burn books – over pure fantasy, mind you! Anyone really bothered to try and see if a spell can work? Please!

a) – Ppl start to copycat what they see in the picture? Which is easier to accomplish since it is not a snitch nor an eye of newt; but a five-bag, or a Glock or an Uzi, or all of the above!

b) – Folk in either the USA, UK or farther afield wonder if Barbados is like this all of the time? How quick would they decide to visit or wish to invest – especially in a fledgling film industry?? 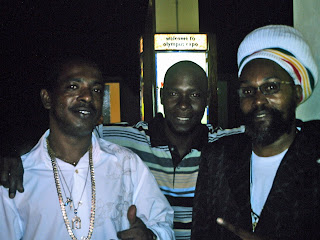 What is “VEXX” all about that has BR so concerned? You ever had a bad day at the office? Well, this is a bad day at the bay where the bales float in for a drug dealer called Vexx (Lenardo Yearwood) and one of his pals Ras Ben (played by Bongo).

Here’s one of my concerns – the portrayal of women; Vexx’ gal-pal says their children are hungry and she wants “bling” (jewellery for those who still don’t know) to sport about, so when he has a deal go sour and he is seeing hard times? She heads for a road-tennis venue to look for a new man to support her lifestyle (at no time does she get up off of her backside to look for a job) but all it does is to earn her serious lashes from Vexx as their children pretend to sleep while they argue and he beats her until she coughs in a horrendous fit (Believe me, it happens, I used to fake-sleep when my father was ready to pick a fight with my mother – I know!)… 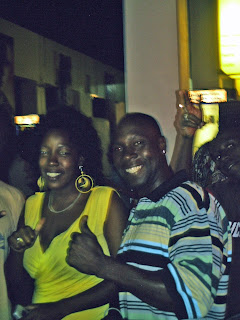 More concerns? Sure, be he good or bad – nevertheless, a cop killed by bullets and beaten to death in Westbury Cemetery! How does this teach respect of the law in young ppl already scorned by older society?

In one of the drug/gang-related fights in the movie (there were many), a man had a garbage can dropped on his chest FIVE times ’til his ribs cracked!

Again, while BR is fully aware that all of this was merely staged and even looked “fake” from time to time? However, can this film not mistakenly be construed as glorifying the life, styles, times and ways of a “Street Soldier” trying to make a dishonest buck? Would that not in turn inspire some misguided few to try a choice that can not only endanger themselves, but other indirect bystanders as well??