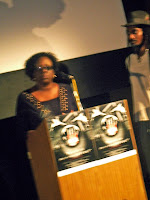 This is the third year for the BFF, but its first for Awards – plus, with the most comedies so far… Some selections were not surprising (I may not agree with all, but that’s what makes for great discussions and keeping the momentum after) and others were a bit like the sun rising from the west!

The runaway in the local category was “Hit For Six!“, it snagged Best Local Picture in addition to Jeanille Bonneterre holding Best Actress 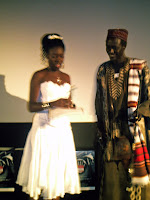 (she seemed a Supporting Act to me) while Richard Lannaman got Best Cinematography for the same feature. I see that Hit For Six is already on the Internet Movie Database just as I suggested, I’ll send my bill L8R, LMAO!

Yao Ramesar‘s “SistaGod” out of Trinidad earned Best Caribbean Film and Best Director, there to collect for him was Evelyn Caesar Munroe who was the title character. She was not expecting any victory for the film, Evelyn’s voice was trembling as she told the audience a sequel is forthcoming (actually it’s a trilogy, so there is even one more to come anyhow) and that there is a story to tell and Yao is here to stay for Caribbean cinema! 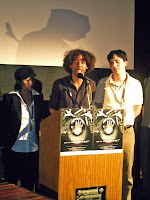 A future review for BR will be Anderson’s Cross from Jerome Scott, this earned Best International Picture and Jerome was very thrilled at how friendly Bajan women are, LOL! He also said that ppl told him doing your 1st feature as 35 mm will never work and if he thinks Joanna Cassidy or Michael “Hill Street Blues” Warren will take a role in it, then he really must be a dreamer – but she accepted and the film was made and it is gathering a growing cult status! So much for dissing this modern-day fairy-tale…

Festival Pick was Sean Russell’s The Kite Flyer while the Best Short Film was the feature I had picked from its numerous trailers that were different from the movie itself – Villains Anonymous! 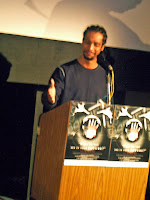 Sean Russell told the audience Kite Flyer was a play from 15 years ago, and Thom Cross insisted it be a movie!

Neil Sorhaindo spoke on behalf No Budget Productions (Neil works with Hal Linton & Marlo Hunte) and said his realising the dream of creating pictures was 7 years in the making but VA itself took 8 months to make, talk about great things in small packages – the piece was 25 minutes in total length!

The gangster film VEXX earned one award – the spot of Best Actor went to Jerry Babb, who played “Rackets“, the young man was overflowing in his praise for his main drama coach, Bongo Lights. 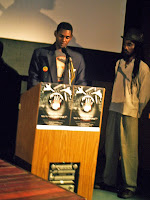 What was different about this awards ceremony was the advisory patter from the obvious mentor of Mahmood Patel and Nala – Moussa Sene Absa from Senegal – he started back in 1987 with a short feature on two African brothers in Paris.

Moussa offered gems between and just before presenting the trophies – they were very invaluable for any genre! By far, nevertheless, the most profound statement Moussa made is that: Making a film is like lending your eyes to a blind person! 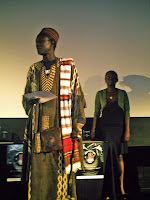 He also stated you have to treat a picture as a whole and not bits and pieces. In the sense that a line is part of a story and that an image is part of a shot and when all put together make the entire movie.

Mahmood Patel in wrapping up the BFF says that Barbadian & Caribbean movie-makers have to be more aggressive in putting their product as standard fare in cinemas everywhere and not just aggressive, take the time and expense to look/be/act professional in searching for the necessary sponsorship that can make or break a film!

What are BR‘s views? If you check the comments section, you can get a clue but I will be more direct – most importantly? Judges should be like NINJA – there to do what is necessary but part of the scenery, please don’t out them next year…

As for my Best Actor? 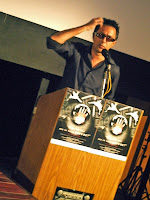 Levi King from “Kite Flyer“; Best Actress? Varia Williams from “Final Truth“; Best Supporting Actor? TIE!Patrick Foster from “Final Truth” & Phil Archer from “Villains Anonymous“; Best Supporting Actress? TIE! Dawn-Lisa Callender from “Final Truth” & Varia Williams from “Kite Flyer“; Best Director? Neil Sorhaindo from “Villains Anonymous” which also was Best Bajan Film for me as well! Now truthfully… As I do have a day job, I was unable to view the Caribbean or International pictures (except Jerome Scott, who plans to ship me a copy ofAnderson’s Cross) so I am unqualified to assess those parts of the Festival!

I chose Varia in Main Role and not Supporting since her part in the Final Truth seemed more effective than her sidebar in Sean Russell‘s mini-epic… Levi & Varia almost got both Main Role & Supporting for their diversity (Levi was in VA and Kite Flyer – and Varia was in 4, but only one of them showed her in a secondary capacity).

Patrick and Phil were tied as each were convincing in their respective parts, VA to me is self evident – I also think Moussa Sene Absa agreed with me based on the nature of his comments that night! Next year I hope the season is longer so I can see all entries!